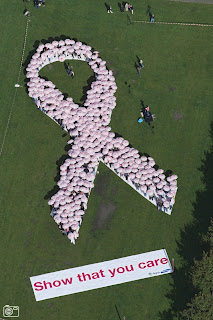 WILL SOMEONE PLEASE TELL
America's celebrities ??

Abortion greatly increases a woman's chance to be diagnosed with
breast cancer.


NEW YORK (AP) - Cynthia Nixon has joined forces with the breast cancer organization Susan G. Komen for the Cure and is going public with her own battle with breast cancer.

Nixon, who is reprising her role as Miranda in HBO's "Sex and the City" in an upcoming movie, had a lumpectomy two years ago and then underwent six and a half weeks of radiation. She also helped her mother battle breast cancer.

"As the daughter of a breast cancer survivor, knowing my personal risk made me more aware and more empowered when I faced my own diagnosis," the 42-year-old actress said in a statement. "I want to help Susan G. Komen for the Cure educate the 1.1 million women around the globe who face a diagnosis each year."

The Dallas-based Komen foundation is known for its Race for the Cure events.

Nixon will serve as an ambassador for the organization and will share her cancer experiences in a series of Web videos.

She told ABC's "Good Morning America" on Tuesday that she didn't want to make her cancer treatment public while she was going through it. "I didn't want paparazzi at the hospital," she said.

Sadly, the Susan G Komen Foundation gave $700 K to the very organization that has created an epidemic of breast cancer in America since Roe v Wade.
Posted by Leslie at 11:54 PM No comments: