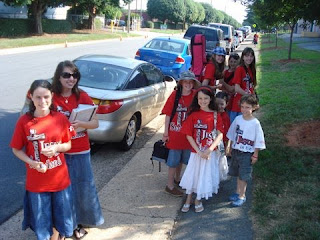 Rachel Maddow, a self proclaimed lesbian, hosts a nightly news ( I use the word news loosely) magazine program on MSNBC called The Rachel Maddow Show. Not surprisingly, her program has become a bully pulpit for her misguided pro abortion ideology.

Maddow’s February 21st program featured Duvergne Gaines, the legal coordinator for the Feminist Majority Foundation. Gaines lied about both Pastor Mark Holick of Spirit One Christian Center and Pastor Flip Benham, director of Operation Save America during the interview, although she did not name either man or Operation Save America on the program. Ms. Gaines had this to say when Maddow asked her to describe the levels of intimidation that abortion providers are getting.

“We see everything from ..…calling for large events that call for out of state anti abortion extremists. Where mobs are outside of these facilities where they interfere with clinic entrances, exits, blocking traffic…”

Once a year Operation Save America (OSA) organizes a national event in one city and pro lifers from all over the country meet in that city to proclaim the gospel and cry out for the lives of unborn children at the abortion mills in that city and surrounding cities. It is a time of hard work, good preaching and needed fellowship. OSA held its national event in North Carolina in July of 2010. Ms. Gaines covered that event for the Feminist Majority Foundation. 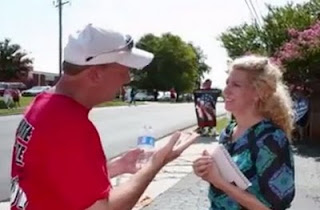 She is seen here talking to Mark Holick, one of the men on Maddow’s hit list, outside of the Hebron abortion mill. Ms. Gaines seems to be pleasantly involved in conversation with Pastor Mark ~ a far cry from the picture she painted on the Maddow show. Notice the extremist mob that is NOT surrounding them and NOT blocking traffic or the driveway of the abortion clinic.

Without naming either of the men, Maddow again targeted Flip Benham, and Pastor Holick on her February 14th program. Both men unashamedly proclaim the name of Christ in the public square and both are on the frontlines of the battle for the lives of the unborn. She reports that in North Carolina “wanted posters” for abortionists were distributed but she neglects to tell her viewers that the posters said “Wanted by Jesus”. The poster’s purpose was to encourage Christians to introduce the abortion doctors of North Carolina to the gospel of Jesus. These facts were left out of Ms. Maddow’s commentary.

Mark Holick, pastor of Spirit One Christian Ministry is also slandered in the February 14th airing of the Maddow Show. He is accused of harassment, intimidation and the implicit use of force. She bemoans the fact that Pastor Holick calls late term abortionist Mila Means a horrific murderer. One might ask Ms. Maddow, when an abortionist rips the arms and legs off of an innocent unborn child, what is it, if not a horrific murder.

Rachel Maddow is doing her best to paint the pro life movement as an extremely violent mob on the verge of killing an abortionist at any moment. On the other hand the former National Abortion Federation president, Frances Kissling, in a Washington Post op ed piece on February 18th had this to say about late term abortions.

“We can no longer pretend the fetus is invisible……The fetus is more visible than ever before, and the abortion-rights movement needs to accept its existence and its value. …….. We need to firmly and clearly reject post-viability abortions except in extreme cases….

Mark is doing his best within the limits of the law to protect unborn children and their mothers from the horrors of the abortionist’s knife and the devastation of their lies. In one appointment at the abortionist’s office not only will a child be mercilessly murdered but the mother will have unknowingly been put at risk for breast cancer and even death because sound medical information will not be given to her.

Maddow is not naming Flip Benham, Mark Holick or Operation Save America because she wants to make sure that her viewers cannot check her facts. This also makes it easier to severely prejudice her audience against all pro lifers on the street. She and her cohorts call gentle Christian moms and dads with their children extremist anti abortion mobs when nothing could be further from the truth.

Frances Kissling in a January 31st op ed in the Washington Post stated, “Today, all sorts of well-educated and progressive people are comfortable calling themselves pro-life. In the public eye, the term seems to encompass a broader and more moderate vision, not focused solely on what it opposes. That vision has suffered the occasional blow: Most recently, a man on the antiabortion fringe was convicted Friday of the murder, at a KS church, of George Tiller, a doctor who performed abortions. But the Scott Roeders of the world are not adding to the movement’s base. The Super Bowl approach is doing that.”

Frances Kissling is referring to the Tim Tebow ad played during the Super Bowl. She is honest in her evaluation of the pro life movement’s growth and savvy without using pro death extremist propaganda. In light of Ms. Kissling’s statements, Rachel Maddow proves herself to be an extremist nut case with a bully pulpit.

When asked about Maddow’s over the top rhetoric combined with her out and out lies Flip Benham had this to say.

“MSNBC’s Rachael Maddow has become a mainstream media voice in the attempt to vilify and silence gentle Christian speech at abortion mills across the country. To her huge audience of 12-15 people she is using her media leverage to remove gentle Christian moms and dads, grammas and grandpas from giving mothers a real choice at these places of death. She insanely, continuously, and publicly disparages them all as wild-eyed lunatics bent on blowing-up abortion mills and shooting abortionists.

Yes, she is using the violence of a few to silence the voice of many. What a broad brush she uses, and with no tinge of conscience. She is a lady on a mission. Her hatred for those who would bring the Gospel of Christ to an abortion mill is impossible to conceal.

What makes Rachael so Mad Now? ‘…all who hate me love death.’ Proverbs 8:36. Rachael hates God, and therefore hates anyone that would dare to speak for Him. Rachael is pro-abortion, pro-homosexual, pro-euthanasia, pro-Planned Parenthood, and pro any religion but Christianity. All of the above lead to death.”

The Maddow Show is sending a portion of its “news” team to follow Pastor Holick as he endeavors to save innocent lives and preach the Gospel. Pray for him to be wise and that his voice will be heard.

As for extremist out of state mobs meeting to intimidate, block mill entrances, exits and traffic this summer. It’s not happenin’, just like it didn’t happen last summer. What will happen this summer is that praying saints from all over the country will gather up their families and head out to the designated city and there they will prayerfully minister God’s word to everyone that they meet in that city. 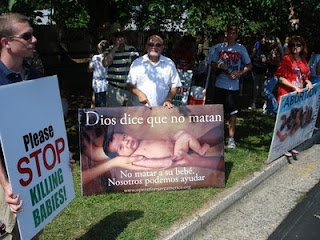 Posted by Leslie at 7:44 PM No comments: 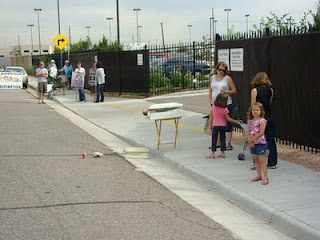 Your "Molotov Cocktail" for Breast Cancer ~ No Co-pay! 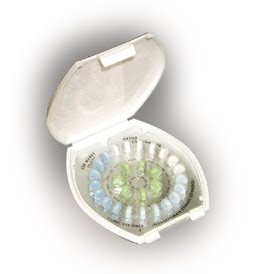 Just as Live Action has pulled the pants down on abortion industry giant, Planned Parenthood, for the umpteenth time, there's this Youtube of a push for more insanity found on Jill Stanek's blog.

As I posted in December, HLIAmerica hosted a cutting edge and highly significant symposium, 50 Years of the Pill late last year, at which breast surgeon and oncologist, Dr. Angela Lanfranchi broke the silence of the medical establishment by calling oral contraceptives, a "Molotov Cocktail" for breast cancer.

Asking why the steroids which will get athletes arrested are routinely given like candy to young girls and women, Dr. Lanfranchi insists women can handle the truth and need to be told that OCs are Class 1 Carcinogens. "When is it ever right to give a group one carcinogen to a healthy woman?” she asked the audience. “We don’t have to take a group one carcinogen to be liberated.”

Don't let that get in the way of screaming for more money, PP, and at the same time making yourself look ever more evil and foolish!!

The truth is and will continue to be proclaimed and your house, built on shifting sands, will fall because of your epic fail to protect the women you pretend to care about ~ on every level, in every way. 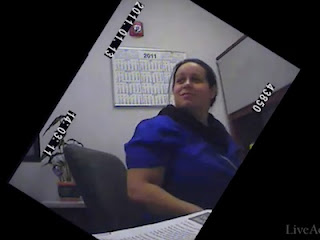