Determined To Save The Soul Of The Nation 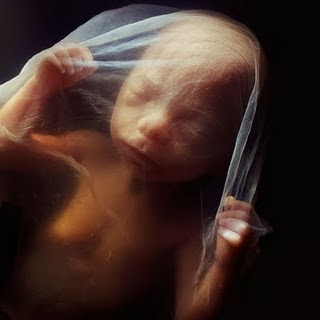 Across the country, groundswells of Personhood efforts have already altered the focus of the pro-life movement, and over the President's Day weekend, those efforts were realized.

In two key states, we gathered enough signatures to put “Personhood” on the ballot. This Personhood Movement and the initiatives it has produced have only one goal: To restore God given dignity to every human person.

I had the honor of attending victory rallies for Personhood in both Mississippi and Colorado. The fervent energy that burns in the hearts of the valiant advocates of Personhood was an encouragement that almost defies description! Although the rallies were held over one thousand miles apart, both possessed the same purpose that can only be present when Christians band together and sacrifice their time, talent and energy for the love and protection of their neighbors.

Following the examples of heroes like Rosa Parks and William Wilberforce, Colorado volunteers collected nearly 80,000 signatures to place the “Personhood Amendment” on the ballot for a second consecutive election. And this historic achievement was the result of the sweat and labor of purely grassroots volunteers.

Just a few days later and with tears of joy, faithful volunteers delivered over 130,000 signatures to Mississippi’s Secretary of State, affirming the God-given right to life of all people. The boxes of dog eared petitions were carried into the office of the Secretary of State by mothers, daughters, fathers and sons, and most notably Mississippi’s Lt. Governor, and front-running 2011 gubernatorial candidate Phil Bryant!

We cannot know the exact effects these amendments will bring. But it is certain here and now that we have won major victories. Volunteers gathered over 200,000 signatures in two states. 2,500 churches opened their doors to the Personhood Movement. We boldly proclaimed to hundreds of thousands of people that all human life is sacred: asking and answering the provocative question: “When should human rights begin?”. While these are all victories in their own right --and are undeniable evidence of the power of this movement -- there remains a larger accomplishment that I believe will prove most indelible upon the soul of the nation.

That victory, (and I believe the most significant fruit of the Personhood Movement) is the determination now manifest in the hearts of the thousands of volunteers who are making Personhood a reality. I felt its power lift my spirit with the strength of a three-fold cord at the victory rallies. Recognizing themselves in the tiniest among us, these Christians are engaging the culture around them and selflessly giving of their time, talents and money to affirm the God-given right of Personhood for all children including the pre-born.

Undaunted by anti-personhood naysayers, these volunteers have committed their hearts, and their hands to turn back the perpetration of the most diabolical crime ever committed; a crime that includes the dehumanization and murder of an entire class of citizens. It is this determination, built upon the firm pillars of science, religion, and the common conscience of all humanity that will bring victory over the injustice of abortion. We are witnessing the emerging dominance of the most significant human rights movement of our lifetime because Christians are engaging the culture with Personhood. And the culture is responding!

I’m overwhelmed to think of the hundreds of thousands of people reached with the message of Personhood by this young and growing army of dedicated volunteers. And with the increasing momentum of the Personhood argument comes ever more Personhood volunteers determined to communicate to millions the truth that every human is a person and should be protected by love and by law. Such determination is the real victory. And while, like the future effects of the law establishing Personhood, its ultimate impact remains to be fully revealed, this victory has convinced me that dignity shall be restored to all humans. Praise God!

Personhood USA is a grassroots, Christian organization founded to establish personhood efforts across America to create protection for every child by love and by law. Personhood USA is committed to assisting and supporting Personhood Legislation and Constitutional Amendments and building local pro-life organizations through raising awareness of the personhood of the pre-born.
Posted by Leslie at 7:20 AM No comments: