Published Saturday, Feb. 16, 2008 at 4:51 a.m.
PARIS — President Nicolas Sarkozy dropped an intellectual bombshell this week, surprising the nation and touching off waves of protest with his revision of the school curriculum: beginning next fall, he said, every fifth grader will have to learn the life story of one of the 11,000 French children killed by the Nazis in the Holocaust.
Posted by Leslie at 7:04 PM No comments:

ALL and CRLT VP, Hanks agree:

"The beginning of the claim by Colorado Right to Life VP Leslie Hanks tells us to "face it, they're in the business to kill babies for profit," which the entire Post article seems to be framed around. Um wait, but isn't Planned Parenthood a NON-for-profit organization? Hmmmmm.."

Posted by Leslie at 5:44 PM No comments:

Why do these candidates leave out
the most important phrase from
the Declaration of Independence?

"We hold these truths to be self-evident, that all men are created equal, that they are endowed by their Creator with certain unalienable Rights, that among these are Life, Liberty and the pursuit of Happiness. "

They might then need to explain the over 1,400 black babies who die needlessly each day at the hands of abortionists.
Posted by Leslie at 10:31 AM No comments:

DOES AMERICA HAVE ANY SOPHIE SCHOLLS?

Executed by the 3rd Reich, Sophie
and her pals sought to awaken awareness to the plight of the Jews.

Their campus distribution of controversial pamphlets cost them their lives.

Meanwhile, in the U.S., the majority applaud the euthanasia movement, bought and paid for by George Soros (PDIA,) which starves and dehydrates the disabled, when they can't speak for themselves.

Is America today really much different from Hitler's murderous regime?
Posted by Leslie at 9:22 AM No comments: 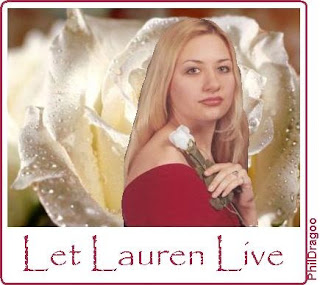