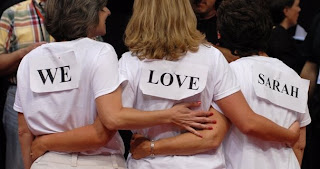 AFTER POISONING OUR CULTURE FOR DECADES AT TAXPAYER EXPENSE,
LEFTIST LIBERALS ARE SHOCKED AT TEEN PREGNANCY?

Planned Parenthood, the billion dollar corporate abortion mill, has taken indecency to a whole new level and is using your taxpayer dollars to do so. The organization, which is responsible for the abortion deaths of tens of millions of people, was founded in 1916 by admitted white-supremacist Margret Sanger, with the lofty goal of, as Sanger put it, eliminating “the ever increasing, unceasingly spawning class of human beings who never should have been born at all.” Lest there be any doubt as to whom, exactly, Sanger was referring to, she also wrote: “We do not want the word to go out that we (Planned Parenthood) want to exterminate the Negro population.”

Although Planned Parenthood’s primary mission is detestable beyond words and remains unchanged still today, its secondary goal, if left in a vacuum, is not so sinister. That is, of course, to make lots and lots of money.

But here’s what is sinister. In order to make lots and lots of money, Planned Parenthood, just like any other “service provider,” needs lots and lots of customers, and the best way to get those customers is to promote the very behaviors which create them. Specifically, to manipulate kids – under the guise of so-called “comprehensive sex education” – to engage in promiscuous, casual sex as soon and as often as possible. It’s simple supply and demand. Planned Parenthood encourages the behaviors which create the demand and then dutifully offers its deadly supply.

To that end, Planned Parenthood has created a new promotional Web site that targets youth. It’s called “Take Care Down There” (. It features short, near pornographic “public service” video vignettes which, among other things, promote casual sex, immodesty, homosexuality and even group sex.