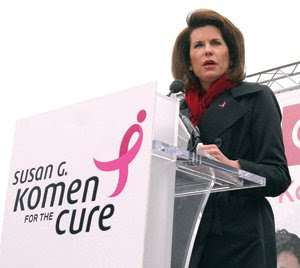 Eve Sanchez Silver had her first abortion at age 16 and her second at age 21. In 1998 she started fighting her first of two bouts with breast cancer, undergoing a lumpectomy, mastectomy, and breast reconstruction. Silver has come to believe that her abortions increased her breast cancer risk, so when she discovered she was active in an organization—Susan G. Komen for the Cure—that gives grants to Planned Parenthood, she thought it was "really horrific."

Silver, director of Cinta Latina Research, helped found a minority advisory council for Komen, served on a review board, and spoke on its behalf until she resigned in 2004. "They were supposed to be a life-affirming organization and this other organization was killing people," Silver said. "I resigned because I felt that they were being duplicitous and that they were not supporting the very women they claimed they were supporting."

For women in remote areas, "oftentimes these Planned Parenthood programs are really the only option," said John Hammarley, news bureau chief for Komen. Komen's Southern Nevada affiliate funds a Mammovan that parks at both local churches and Planned Parenthood offices, providing free screening and diagnostic mammograms. But most of the 2008 programs serve urban, not isolated, populations. Komen affiliates have always funded multiple organizations from the same geographical area, so in these cases Planned Parenthood isn't the only option.

Hammarley said the grants receive the usual oversight: Local affiliates audit annually to make sure the money is going to the proper place. But Planned Parenthood has a history of shuffling money around, said both Malec and Hanks. In Colorado, for instance, Planned Parenthood split into two groups so that one group could receive state funds for contraceptives and cancer screening without violating the rule against state funding for abortions. In 2001, an independent audit found that the group receiving state funds was subsidizing the rent of the group doing abortions, so the state ceased the grants. (Planned Parenthood said it was unfairly targeted because it passed an earlier state audit.)

"They're not known for their honesty," Hanks said, and money is fungible—meaning that it can be shifted from one place to another. But in this case, both Hanks and Malec said they have no proof that Komen money goes to anything but breast cancer screening. (Planned Parenthood did not answer requests for an interview.)

Some pro-life groups have argued that there is a link between abortion and breast cancer. According to Angela Lanfranchi, a breast cancer surgeon, women who have a full-term birth have reduced breast cancer risk, so abortion removes this protection. Most doctors agree. But Lanfranchi would add that abortions, both spontaneous and induced, create cancer-vulnerable breast tissue—an assertion other doctors dispute but one she says has its basis in the basic textbook physiology of the breast. A 1989 New York study looked at fetal death certificates and then looked for the mothers in breast cancer registries, finding higher odds for cancer in women under 40 who had either a spontaneous or induced abortion.
Komen says newer evidence contradicts this. In 2003, 100 experts from the National Cancer Institute concluded there was no link between breast cancer and either miscarriages or induced abortions. Harvard University and Oxford University have found similar results in the past two years. 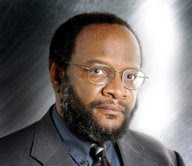 
As a Potential Victim of Abortion, I Didn't Vote for Barack Obama for President

LifeNews.com Note:
Gregory Kane is a columnist for the Baltimore Sun and this article originally appeared in the Rochester Democrat and Chronicle newspaper. As with all editorial columns appearing on LifeNews.com, we may not necessarily endorse the views of the author.

I'll turn 57 today. . What does that have to do with why I didn't vote for President-elect Barack Obama on Nov. 4, 2008? That requires a little back-story.

Sometime between late March and early May of 1951 a 28-year-old black woman in Baltimore, Md. realized she was pregnant. She already had two infant daughters --- one 32 months and the other not even a year old --- and knew that her salary working in a sub-minimum wage job at a laundry would make feeding and rearing a third child difficult. She made arrangements with a woman she knew for what was then called a "back-alley abortion."

The appointment was set and she was prepared to meet the abortionist. She was waiting for the woman who made the arrangements to pick her up when, at the last minute and for reasons she couldn't quite understand, she called the whole thing off. She decided she would have the baby after all.

I'm darned lucky she did. That woman was my mother. She's told me this story several times since I've been an adult. And if she thought telling it would make me vote for a pro-choice candidate, running for any office in any election, she realizes now she was sadly mistaken.

"If she thought we'd vote for him because nearly every other black person was going to for him, then she doesn't know her sons very well," I told Mike.

I don't know Mike's reasons for not voting for Obama, but I sure as heck know mine. I have several. One is that I like for my presidents to have had some military experience. I guess I'm just funny that way, but if a man or woman wants to be commander-in-chief of our armed forces, then that man or woman should not pass on military service.

Another is Obama's answer to the question about education put to him and Sen. John McCain in their last televised debate. Moderator Bob Schieffer told both candidates that America spends more per capita on education than other developed countries but our students don't do as well on standardized tests. Obama peered straight into the camera and in essence said yes, that's true, but he still intends to spend more federal dollars on something that federal dollars have been shown not to improve.

It's hard to vote for a guy who, in essence, says he plans to waste even more of my tax money.

But it was the abortion issue that did it most for me. I have problems with the 1973 Roe v. Wade decision.

Obama and his pro-choice compadres seem to think the Roe decision is God's 11th commandment.

In a speech to Planned Parenthood in July of 2007, Obama even linked the Roe decision to women's liberation, and then pulled a demagogic stunt in criticizing the Supreme Court Gonzales v. Carhart decision.

"We know that five men don't know better than women or their doctors what's best for women's health," Obama declared.

But we do know that seven men voted to strike down laws outlawing abortion on Jan. 22, 1973. And we know that on Jan. 23, 1973, tomcatting men across the land rejoiced because seven justices had handed them a "knock-her-up-and-get-out-of-the-consequences" card.

That's why I'm around to celebrate my 57th birthday, and to vote against any candidate who can't see why a right to life trumps a right to choose.
Buzz up!

Copyright © 2003-2006 LifeNews.com. All rights reserved. For free daily/weekly pro-life news, email us at news@LifeNews.com.
Posted by Leslie at 8:48 AM No comments:

DENVER AND THE WEST
Adventures in hope for one missionary woman
She has spent decades helping those around the world who need it most. And, at 85, she says she's not close to finishing her work.


Katherine Locke says that when she turned 80 five years ago, "my special prayer request was that he (God) would give me another 10 years to serve him in foreign lands." She loves the photo below of her with Marines in Iraq in 1992. (Karl Gehring, The Denver Post )

Katherine Locke isn't much for storing up treasures on earth. But there is one material possession she cherishes and can't resist showing off. It's a photo of her in Iraqi Kurdistan, wearing an Army-issue camouflage hat, sitting in a dirt-brown Jeep surrounded by four smiling GIs — and hoisting an M-16 that couldn't weigh a whole lot less than she does.

"They proclaimed me officially one of them," she said. Even now, the episode makes her grin.
That was back in 1992 when Locke was a mere 69. She spent eight years in Iraq, nursing Kurdish refugees who had been favorite targets for Saddam Hussein's butchery. Now that she's 85, Locke has had to slow down a bit and cut back on that sort of adventure.


Katherine Locke says this is one of her favorite souvenir photos. It was made in April 1991 on the Iraqi-Turkish border where she was working with the Kurds in northern Iraq. (Photo courtesy of Katherine Locke)
That's why, when she went to Iraq last month, she stayed only 10 days.

From her home base, a tiny Denver apartment, Locke plans her travels — a blue suitcase, already packed for this month's jaunt to Cambodia, stands in a corner — and writes a monthly newsletter that keeps supporters up to date.
It also reminds readers why she does it.

That reason is her faith, Locke says. Faith that has led her literally around the world and kept her looking ahead at an age when many might be content to reflect on the past. "After I met the Lord, I had hope," Locke said.
That hope is what she wants to share with the refugees, the orphans, the mistreated and abused across the world. Her faith propels her, but she takes with her more than spiritual conviction and good intentions. She's a trained nurse.

"When I was 56, I went back to school and got my R.N.," she said.
And her work with a variety of missionary organizations is always accompanied by more than a dash of practical assistance, in the form of medical care, buildings that don't leak, water that is drinkable.
She has been to 55 countries, most of them more likely to make their way onto the State Department's don't-go-there list than onto glossy travel brochures.

She recalls walking through an orphanage literally built of straw, atop a swamp, and seeing the water through what passed for the floor. "We built them a new one," with real floors, she said.
Starting out all alone.