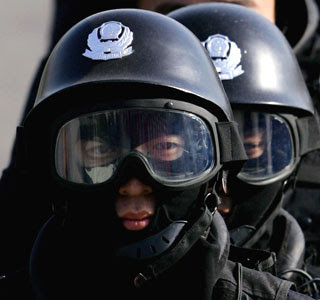 Welcome to the TWILIGHT ZONE!

In response to questions about American Right to Life's allegations that former Congressman Schaffer turned a blind eye to the plight of Chinese women regarding forced abortion and his support of MFN for China, this interview is priceless as an example of duck and cover!

By Jeremy Pelzer
…This week's Monday Morning Politicking… conversation with Schaffer. He discussed recent reports regarding his 1999 trip to the Northern Marianas Islands… Schaffer was accompanied by his campaign manager, Dick Wadhams, who jumped into the conversation at several points.

PolitickerCO: The campaign's been fairly quiet about the whole Marianas Islands controversy since it came out in the Post about a week or so ago. What's your take on this whole controversy and how it's played out?

PolitickerCO: Well, just that the Post put out a series of articles detailing how, one, you went to the Marianas Islands and it was funded by or organized by Preston Gates...

Schaffer: Really? Was it?

(Politickerco Editor's Note: Schaffer's trip, according to the Denver Post, was not paid for by Preston Gates, jailed lobbyist Jack Abramoff's former law firm. According to the Post, it was paid for by the California-based Traditional Values Coalition, which Schaffer described as a religious group "concerned with human rights." The Post also reported that "Later investigations have shown that in many instances, TVC - which claims to represent 43,000 churches - acted virtually as a political arm of Abramoff's lobbying operation.")

Schaffer: Why don't you take the opportunity to substantiate your comment just now?

PolitickerCO: Sure, sure. This is just -well, what is your take on the controversy? Why don't you fill me in? 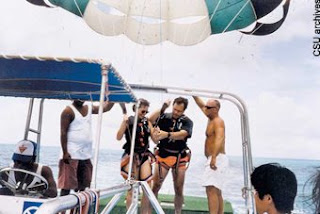 To hear Bob Enyart's play by play description of this crazy obfuscation and hear the latest on the Colorado for Equal Rights Personhood Amendment effort, which U.S. Senate candidate Schaffer won't support, listen daily at kgov.com
Posted by Leslie at 8:12 AM No comments: