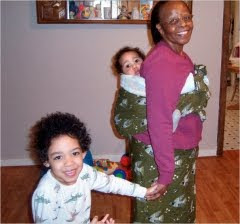 As world events swirl around us ranging from catastrophic earthquakes in Japan to the Middle East turmoil ~ days of rage ~
to rage in Wisconsin's Capitol, on a more quiet front, evil sneaks more subtly into every day affairs.

An innocent baby boy, in Canada has drawn international attention to the terrible dangers of socialized medicine. Baby
Joseph, suffers a neurological disorder, which previously stole his older sister's life. His family wants to take
him home to likely die but the hospital ~ intent several weeks back to remove his ventilator to hasten his demise ~ refuses to do a tracheotomy to facilitate his home care. Bobby Schindler, Father Pavone and others have done heroic work to save him from the hard hearted court ordered decision and it appears that a resolution may have been reached.

Meanwhile here in the good old US of A, a Rawandan grandmother is being starved and dehydrated after a Jesuit hospital decided it was costing too much to keep her alive.

Lifesitenews brings us another grim story of the death panel style decisions from courts which will become ever more commonplace should Obamacare actually be implemented.

Rachel's life is literally hanging in the balance as an emergency injunction is being sought to rehydrate her and reinsert
her feeding tube.

She sought a City on a Hill, as she escaped Rawanda's horrific genocide and now that shining city is starving her?

I'm so ashamed of my nation as every God fearing person should be.

Are we made in God's image or are we animals to be put down, like dogs when we become a "burden"?

Of course Americans would be in jail if they starved a pet to death ~ God help us!!

I am so thrilled to report that Rachel's son Jerome just wrote to say her feeding tube has been put back in until the next hearing which may be postponed from Monday until next Wednesday or Friday. Hallelujah !!!

Please pray that the reinsertion of the tube will spare her life after all these days of torture!
Posted by Leslie at 9:04 AM No comments: