"Just through MSNBC at least 20 arrested including the mayors of Seacaucus and Hoboken. Preliminary reports also state a human organ transplant ring and money laundering outfit attached to the crime.

Reporting is also out showing several Rabbis being arrested. I will update this diary, or delete it entirely if a better arrives."

"Organ transplants? Could the fact that we have a broken health care system lead to a black market in actual human organs? NAAW!" 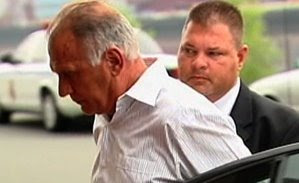 "The body parts scheme involved kidney transplants, authorities said. Patients in need would pay middle-men to find willing donors in Israel. Investigators said the suspects would then have the donor and patient lie to hospitals that they were related. Hospitals would then do the operation unaware that cash payments were part of the deal. Officials say Robert Wood Johnson Hospital in New Brunswick and Johns Hopkins in Baltimore were allegedly contacted by the suspects for these procedures."