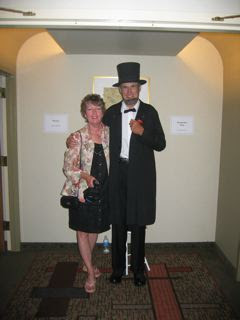 I am pro-choice
Posted by PalMD under culture wars, fundamentalism

I don’t say that to attract or alienate readers. I respect many people who oppose abortion on moral grounds (unless they are physicians and refuse to give their patients correct information, but that is a topic for another day). But wherever you fall in the abortion debate, you should be willing to admit that truth is important. Today’s Denver Post follows a local controversy about a Planned Parenthood clinic. My views on this are irrelevant. What irks me is the statement from the Vice President of Colorado Right to Life, Leslie Hanks. According to Hanks:

Let’s face it, they’re in the business to kill babies for profit. First and foremost, they get young girls hooked on their birth control pills, which don’t work.

Now, I don’t believe the first statement, but that’s the Right to Life line…it’s an opinion, however hyperbolic–opinions can be foolish, but not wrong. It’s the second statement that is, well, a lie. Actually it’s a damned lie. I’m not sure what she means about “getting girls hooked on BCPs”, but I do know that oral contraceptive pills (OCPs) work. To say otherwise is a lie. Yes, a lie. She is a lying liar who lies a lot.

I don’t think it helps her position on abortion to bleed over into a debate about contraception, and she does everyone a disservice by lying. She should be ashamed.


Expert: The Pill is outdated and leads to unwanted pregnancies and abortion

Professor James Trussell, a well recognized expert on contraceptives, told attendees of the British Pregnancy Advisory Service conference "The Pill is an outdated method because it does not work well enough. It is very difficult for ordinary women to take a pill every single day..."

Though he did not intend to, his statement in some ways vindicates those who argue that the net impact of the pill has been an increase in unwanted pregnancies and abortion.

The push to use multiple methods of contraception, along with Trussell's statement, is an admission that, at the population level, contraceptive programs and technologies have largely been a failure.

Predictably, Trussell doesn't advocate abstinence over the pill - for some reason the contraception crowd simply cannot fathom a cultural shift towards abstinence. Instead, he calls for increased use of the IUD: "The beauty of the implant or the IUD is that you can forget about them." IUDs have their own problems, including the "cost" of obtaining them as well as various side effects.

Trussell also mentioned that studies indicated that women miss more pills than they recall - something that, at least in this author's mind, may cast further doubt on the calculated failure rates of combined methods as published by Santelli et al(2006).

Trussell's statement should bring into focus the public funding of Planned Parenthood, the nation's largest abortion chain and one of the largest distributors of the pill.

Planned Parenthood is well aware of the problems with the pill, yet over the past few decades it has provided it to minors – sans parental consent – using public funding. In the long run, a large population of sexually active teens and young adults dependant on the pill or other contraceptive methods to engage in sexual activity, sustains the demand for abortion. Planned Parenthood is well aware of this and has capitalized on it to grow their abortion practice - at the taxpayer's expense.

Trussell's admission should be a catalyst to re-evaluate both the public funding of contraception programs and cultural permissiveness towards premarital sexual activity, which is largely dependent on contraception. It should also bolster the call to eliminate – not simply to cut – funding for Planned Parenthood at all levels of government.