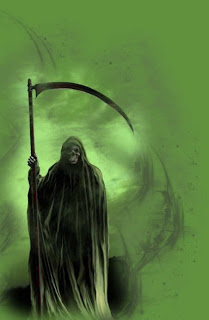 LUXEMBOURG, March 18, 2009 (LifeSiteNews.com) - Luxembourg has enacted legislation to legalise euthanasia, thereby becoming the third European country, after the Netherlands and Belgium, to permit the intentional killing of dying or otherwise vulnerable people.

The Palliative Care/Euthanasia bill was published in the Official Journal on Tuesday and provides that doctors who carry out euthanasia and assisted suicides will not face "penal sanctions" or civil lawsuits.

"This bill is not a permit to kill," said Socialist lawmaker Lydie Err, who helped draft it. "It's not a law for the parents or the doctors but for the patient and the patient alone to decide if he wants to put an end to his suffering."

According to the bill, euthanasia will be regulated by a living will or advance directive. Doctors will also be required to consult with a colleague to ensure that the patient has a terminal illness and is in a "grave and incurable condition" before killing him.

Alex Schadenberg of the Euthanasia Prevention Coalition condemned the actions of the Luxembourg parliament.

"It is a very sad day for Luxembourg. The nation of Luxembourg has now approved the direct and intentional killing of its citizens at the most vulnerable time of their life," he said. "Whatever good intentions that may be related to the elimination of suffering, cannot justify the removal of the basic protection of a citizen to be free from lethal coercion, and the protection of life."

"After many years of euthanasia in the Netherlands, it has now become very apparent that the euthanasia experiment is a failure. Children born with disabilities can be killed if the doctors and the family follow the Groningen Protocol. People with chronic depression can be killed and in the last government report in 2005 it stated that 550 people were killed by euthanasia without consent."

Schadenberg concluded: "Now Luxembourg is following the path of the Netherlands. I lament the decision and I hope that other national leaders will have the fortitude, like the Grand Duke, to oppose the direct and intentional killing by euthanasia of their vulnerable citizens."

The Grand Duke of Luxembourg made headlines in December of last year, after he announced that he would not be willing to affix his signature to the new law, as is required for a law to become effective. To solve this problem parliament simply enacted legislation removing the Grand Duke's veto power.