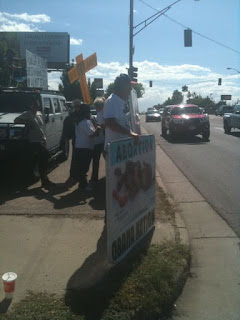 OK, if you've followed the action from the state that started the abortion holocaust for very long, you know we never miss an opportunity to protest evil. But if you are looking at the MSM coverage of the current resident of the White House's rally in Denver today, you'd never know that we brought the truth of America's holocaust to the 1,000 in line to hear their "anointed one."

You might read that there were 6,000 in attendance which, IMO, is a beyond ridiculous exaggeration but I digress.

Though our numbers were small, we connected with the majority of the 1,000 who were given tickets and had to wait for their courtesy groping, prior to being allowed into the campaign rally for Jobs, jobs, jobs!!

Not one to face accusers head on, the BHO motorcade entered the venue from the backside so our signs didn't impact our intended target, but nevertheless, he might learn about the cadre of Coloradans who cherish the God given, inalienable right to life of every baby in the womb. So much so, that we speak truth to power and show the ugly truth of America's shameful holocaust at every opportunity, especially to the wicked leaders who are bought and paid for by evil, racist Planned Parenthood! 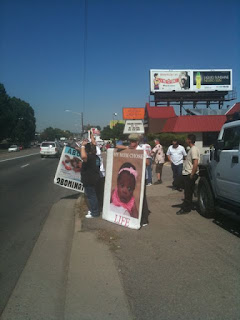 If you are moved by the fact that the "Leader of the Free World" supported even infanticide by his votes against the Born Alive Infant Protection Act, perhaps we can collectively figure out a way to get the new video "180" onto his radar screen!

Apart from such a miracle, all his calls for God to bless America as he takes his jobs bill on the road for his 2012 presidential campaign, ring especially hollow. 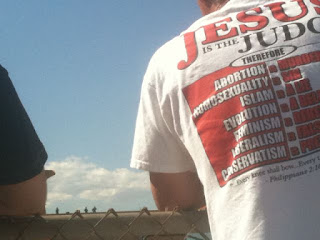 God will not be able to bless America, until the slaughter of the innocents stops and the Personhood of the pre-born is established in law. 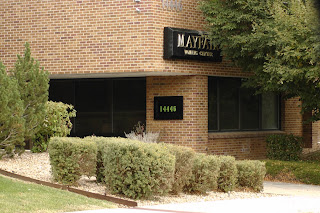 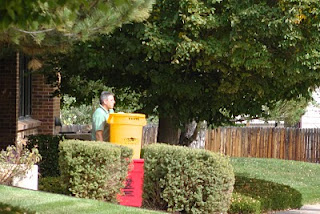 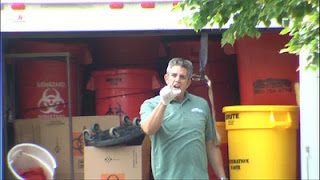 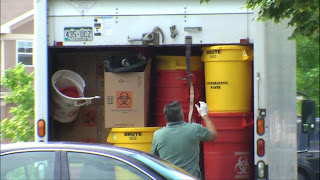 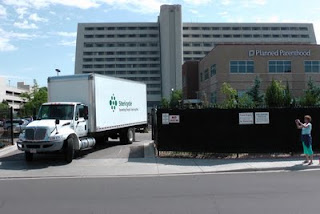 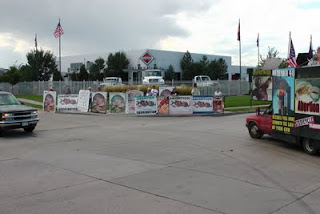