For any who still recall the assault of Colorado's Everett Stadig, aka " Abe" last June, the ongoing saga has all but evaporated from the media. Certainly, Westword has done the job that The Denver Post should be doing but the Post continues to demonstrate disinterest, if not dereliction of duty.

Amazingly, as the last Westword article explains here, Mr. Costello seems to be getting the kid glove treatment, considering the severity of the charges against him.  In addition to allegedly assaulting a senior citizen who was exercising his First Amendment Right to petition government for redress of grievances, Mr. Costello was found, by DNA testing, to have links to at least three Colorado rapes.

And as Westword wrote, "Did powerful pals help Costello gain his freedom, at least temporarily? Well, last week, according to Denver DA's office spokeswoman Lynn Kimbrough, corresponding via e-mail, his bond was lowered from $200,000 to $150,000 despite objections from the prosecutor on the case. He subsequently paid this amount and was released.

Kimbrough also confirms that "two other people came forward with information" that connects him to another pair of cases, bringing the total in which he's suspected to five."
At the hearing February 20, 2013 where a new judge has been assigned to the sordid matter, another continuance was given, despite the fact the previous judge who lowered Costello's bond insisted that there would be no more continuances granted. 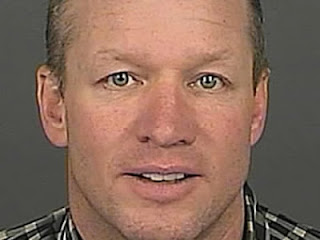 Incredibly, yesterday's excuse for delay was that the alleged perpetrator in these crimes is not eligible for a Public Defender.
I couldn't resist the urge to ask "The People's" attorney as we exited the courtroom how that wasn't obvious, since the Public Defender had told the court previously that William Costello is a "well respected and prominent Denver realtor" who she stated wasn't a "danger to the community".
So to connect the dots . . . Prominent realtors make too much $$$ to qualify for Public Defenders in Colorado.  Duh!
Now  William Costello will have a "Status Hearing" on Wednesday March 6, 2013.  At that time perhaps there will be a date actually set for trial ? I'm increasing cynical about all these continuances and justice being served for Everett who will by that time have been awaiting a trial for his assailant for nearly 3/4 of a year. 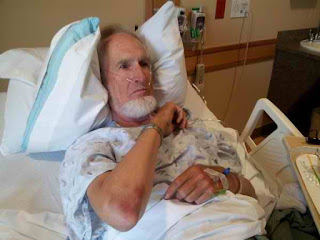 Yes the wheels of justice grind slowly in Denver . . .

Posted by Leslie at 2:44 PM No comments: