DENVER, May 21 /PRNewswire-USNewswire/ -- "American Right To Life is offering attorney James Bopp $10,000 for National RTL," said the group's president Brian Rohrbough, "if he can name a single justice on the current U.S. Supreme Court who has ever acknowledged that the unborn child has a right to life, whether in a majority opinion or a dissent."

On May 13, Colorado pro-lifers turned in 131,000 signatures exceeding by 55,000 the number needed to force a statewide vote to acknowledge in law the personhood of the unborn child.

"National Right to Life has misled the pro-life community to think that this is the wrong time to advocate personhood because we need one more Justice on the Supreme Court to have a pro-life majority," said Rohrbough. "But if we added a Justice who would uphold the right to life of the unborn, then we would haveonly one such Justice. The failed long-term strategy of regulating the killing of a fetus has left America without a single Justice who knows that it's wrong to kill an unborn baby; NRTL's compromise will never produce a pro-life court." 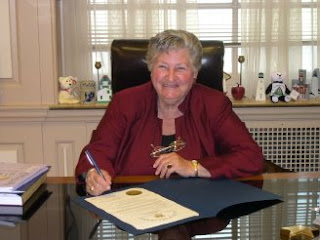 "Governor Minner understands and appreciates your concern for Lauren Richardson. While this must be a very difficult time for Lauren’s family and friends, Governor Minner respects the legal process governing this case, the separation of power between the judicial and the executive branches of state government and has faith in the judicial branch to independently and objectively review the case. Governor Minner asks that Lauren and her family are in your thoughts and prayers during this trying time."