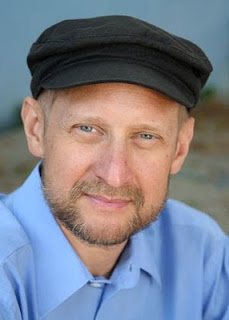 "Now this man purchased a field with the reward of iniquity; and falling headlong, he burst asunder in the midst, and all his bowels gushed out." Acts 1:18

Last night I drove to beautiful Boulder, Colorado to avail myself of an invitation to attend a reading of a new play ~ Falling Headlong ~ by playwright Ralph Tropf.

In the invitation, Mr. Tropf penned: "In Falling Headlong, the Supreme Court has overturned Roe v Wade, an event that could possibly happen in the near future. Sara Pindar, an obstetrician in her first year of practice, disagrees with the new law. When Sara becomes pregnant, it takes a woman of faith to convince her that it is in the best interests of all for her to have her baby."

Ok, I must admit that I was easily duped by a ruse! The "woman of faith" line grabbed me, hook line and sinker and it was off to Boulder I drove.

Theater O is a bit of an Avante Garde venue - seating only 20 patrons, black curtain backdrop the only hint that it was a theater and not the warehouse in which we were seated. In typical Boulder fashion, the attendees were a diverse lot. The event was a reading of the play, in which one could tell they had rehearsed, but they read their lines and those attending were in actuality like a focus group ~ invited to give input.

Mr. Tropf and I spoke prior to my treck to la la land and he led me to believe we were seeking the same lofty goal ~ legally protecting the pre-born; at least that was my perception.

The play was interesting and although I cringed at many of the lines, as I hastily scribbled them on my program, I was amazed at the play's outcome in which the protagonist (a female infertility specialist with lots of pro-abort statements) chose life.

Most astonishingly afterwards during the feedback segment, a female from Boulder Valley Women's Center stood up and said she really liked the play! Since my initial reaction was mildly favorable, I was particularly perplexed.

Mr. Tropf sat down beside me immediately following the play to garner some input. I shared that it bothered me deeply that Sara persisted in telling the woman of faith, Mary, that her ectopic pregnancy was a "fetal mass" and not a baby. We also discussed whether the "woman of faith" and her husband were caricatures of sincere believers. 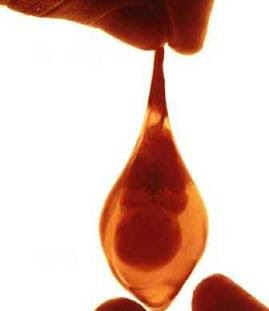 Ralph said he'd appreciate input by e-mail and actually gave me the script so I could give the dialogue deeper consideration.

In our subsequent e-mail communications, I must admit to feeling a bit betrayed.

Mr. Tropf shared today that legislation isn't the answer ~ as he claimed his play demonstrated. He insists changing hearts and minds is the real solution. I replied that we have been on that road for over 40 years and meanwhile 4,000 babies are dismembered daily!

While I laud his prescience in writing a play about the demise of Roe, I'm sad that he remains persuaded that "inalienable
rights" aren't and that the Word of God is negotiable.

Any discussion of life and death issues where a choice for life raises a round of applause from Boulderites makes me smile.

We are making progress!!