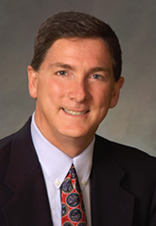 CRTL Apologizes to our Constituency

Prior to selecting a "pro-choice" running mate, and just hours after winning at the state assembly, Dan Maes told a pro-abortion media outlet:

“People are overestimating the personhood amendment. It simply defines life as beginning at conception. That’s it. Who knows what the intent of it is? They are simply making a statement. That is all I see it as. Do they have another agenda? I don’t know... Roe v. Wade is the law of the land, and people tend to forget that. I would not try to undo that.” -Dan Maes

In a private meeting shortly after making the above statement, Maes' said that he mispoke and "took it back." We at CRTL should have had more wisdom. We know that "pro-life" politicians typically tell us whatever they think is necessary to get our support. With Maes, we lowered our guard, hoping that a grassroots, tea-party-endorsed, self-proclaimed pro-personhood Republican candidate could be trusted. We see now that we were gullible. We apologize. With the fallen human nature, grassroots and tea-party candidates learn quickly, and can obviously be as deceptive to their base as any establishment politician. Dan Maes selecting a "pro-choice" Lt. Governor shows the apparent truth in his claim that he would not try to "undo" the bloodshed unleashed by Roe. Politicians who cared more about themselves then abolishing slavery held similarly hypocritcal positions. Yet Jesus said, Let your yes be yes, and your no be no. Even if Maes acknowledged the travesty of his LG selection, and dumped Williams, it is hard to see how he could be trusted. But still, for his own conscience' sake, he should do the right thing.

How emphatic does CRTL have to be before our "pro-life" politicians get the point? The only justifiable abortion policy is zero tolerance for child killing. More ~ includes audio of Tambor Williams duplicity on human rights!
Posted by Leslie at 8:20 AM 1 comment: