DENVER, Nov. 17 /Christian Newswire/ -- SarahPAC Scrubs Site: the political 527 group which claims responsibility for derailing Mitt Romney's presidential hopes in 2008 and which yesterday published an unflattering profile of Sarah Palin, now responds to SarahPAC's alteration today of its own archive.

Within 24 hours of the launch of ProlifeProfiles.com, the official Sarah Palin political action committee removed their own glowing news report of Palin's appointment of a former Planned Parenthood board member, Morgan Christen, to the Alaska Supreme Court. In response, American RTL Action is publishing SarahPAC's broken link, the ProlifeProfiles pdf archive of Palin's own news report, and the current Google cache of the page (which may expire) and its own on-site html archive.

"Sarah Palin's PAC removed their report of Palin's appointment," said Lolita Hanks, ARTL spokeswoman, "telling all of us that they realize this information is incriminating, so we are disappointed that we are not seeing humility from Sarah." King David may have wanted to "scrub" Second Samuel, but the Scriptures shined the light to expose corruption and bring about repentance.

ProlifeProfiles has updated its Palin Profile: "While National RTL and the pro-life industry continue to allow the Body of Christ to be deceived into thinking that Sarah is 100% pro-life, she cannot hide her record from God, nor from the public. Pro-lifers do not appoint abortionists to the Supreme Court just as an abolitionist would not appoint a slave trader. Please pray with us that Sarah will apologize to the children of Alaska, specifically those who have been dismembered since March 4, 2009, for appointing an 'outstanding' unrepentant pro-abortion lawyer. SarahPAC took this information down; ProlifeProfiles put it back up. Welcome to the end of child killing in our lifetime."

Hanks said, "Even if it cost her everything, even her entire political future, we hope that Sarah Palin will take a new stand and make a true commitment to protect unborn children. We have a spot reserved for her on our Tier 1 list of principled pro-life leaders."
Posted by Leslie at 10:16 PM No comments: 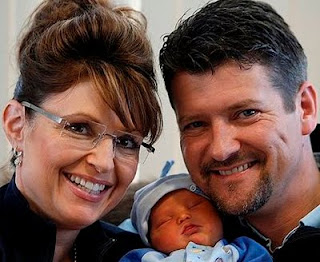 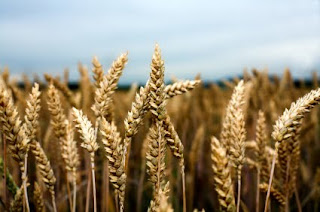 American Life League
NRLC has exposed its agenda. While it’s surely no surprise, it is also deplorable. 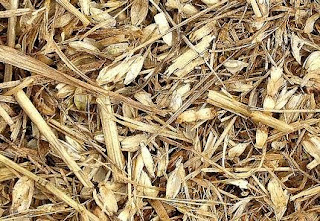 You made it happen. With nearly 170,000 of our members standing with us in opposition to the federal funding of abortion in the House health care bill, we realized an incredible victory tonight - the Stupak/Pitts Amendment - which prohibits the use of federal funds for abortion - passed the House.

The passage of this pro-life Amendment represents the only bright spot in an otherwise troubling government-run health care package put forth by House Speaker Pelosi. The American people understand that health care should not include federal funding for abortion and we’re grateful to Democrat Congressmen Bart Stupak (D-Mich) and Joseph Pitts (R-Penn) for their unrelenting efforts in protecting the unborn.

The 176 Republicans and 64 Democrats who stood together in a bipartisan defense of life deserve our sincere gratitude. For many of these Members, this vote was cast in the face of serious pressure to oppose the amendment. While there is work yet to do on this issue, this vote represents an extremely significant victory for life.
HLI, Human Life International
Links to page where you can write your Representative with the following message:

Washington, DC – The House version of the health care reform legislation narrowly passed with the vote of 220-215 late Saturday evening, but it was done without provisions for the funding of abortions.

The Stupak-Pitts amendment, which will deny tax funding for abortions, handily passed with a vote of 240-194. Abortion funding had threatened to derail the entire House bill on health care with pro-life Democrats strongly opposed to Pelosi’s scheme to force taxpayers to foot the bill for abortions.

“Today, the voices of 71% of the American people who oppose taxpayer funded abortions were heard loud and clear. We thank each one who took the time to raise their voices in opposition to the Obama-Pelosi-Carhart effort to force taxpayers to fund the shedding of innocent blood through abortion.

“There is still a long way to go to prevent government subsidized health care from paying for abortions. Now the ball is in the Senate’s court, and we pray that the common sense displayed in the House on the matter of abortion funding will also prevail in the Senate.

“We will continue to stand on behalf of the voiceless and oppose any efforts to restore abortion funding in any future version of health care legislation. But for tonight, we celebrate this day’s pro-life victory defunding abortion, which will save lives and prevent the immoral and fiscally irresponsible bailout of the abortion cartel.”
PRI, Population Research Institute
For the moment, however, the pro-life movement can justly take pride in its political strength. Politicians are nothing if not realists, and they have just been treated to the spectacle of both Pelosi and the President caving in to pro-life pressure from within their own party. Notwithstanding their strident support of federally funded abortions, and despite the anger that their action generated among a large part of the Democrat base, they backed down.
Priests for Life
Voting Records to Go To All Churches, Leading Priest States

Washington, DC – Fr. Frank Pavone, National Director of Priests for Life, stated this morning that the voting records of members of Congress on the Stupak-Pitts amendment to HR 3962 (and other abortion-related votes) will be distributed to every Catholic parish in America, with instructions to each pastor on how to make clear to his congregation the implications of how that congregation’s representative voted. “Whatever one’s position on abortion itself,” Fr. Pavone commented, “the vast majority of Americans have always opposed the idea that taxpayers should fund it. Our plan to inform pastors of these voting records is phase one of a year-long effort to activate Churches as never before regarding what they can legally do in preparation for next year’s midterm elections. Publishing voting records in a non-partisan fashion is certainly one of those activities.”

Fr. Pavone also said that in his role as President of the National Pro-life Religious Council, he would also involve Churches of other denominations in this project to educate voters on the outcome of the Stupak-Pitts amendment.


Survivors - no remarks about health care

Hat tip: Cicero
Posted by Leslie at 8:18 PM No comments: 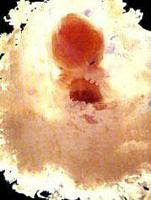 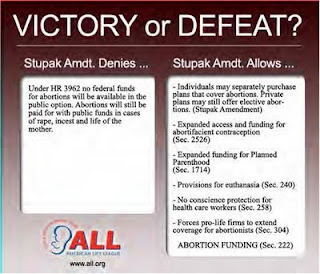 "I feel so pure in heart (since leaving). I don't have this guilt !

BRYAN, Texas, November 2, 2009 (LifeSiteNews.com) - The director of the Texas Planned Parenthood abortion mill where the 40 Days for Life campaign began has resigned, saying she experienced a conversion after watching an ultrasound video of a child being killed by abortion.

"I just thought I can't do this anymore, and it was just like a flash that hit me and I thought that's it," said Abby Johnson in an interview with local news network KBTX 3.

Johnson had been affiliated with Bryan's Planned Parenthood facility for eight years, and worked as its director for two. She said she began to feel uncomfortable with Planned Parenthood's business philosophy after the organization, suffering from the economic downturn, told her to try to bring more abortions in the door. "The money wasn't in family planning, the money wasn't in prevention, the money was in abortion and so I had a problem with that," said Johnson.

But the turning point for Johnson was reportedly when she witnessed an actual ultrasound image of an abortion being performed on an unborn child.