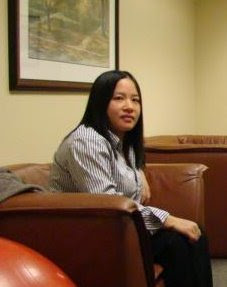 Xiu Mei Wei
DENVER – A Chinese citizen who has lived in the U.S. for a decade, spending much of that time seeking asylum because of government plans in her homeland to forcibly sterilize her on her return, is being ordered to that fate by a ruling from the U.S. 10th Circuit Court of Appeals in Denver.

The court said it was rejecting the appeal of Xiu Mei Wei [pronounced Shoe May Way] for asylum even though previous court rulings have found a "'person who has a well founded fear that … she will be forced to undergo' an abortion or sterilization 'shall be deemed to have a well founded fear of persecution on account of political opinion.'"

Wei, speaking to WND through an interpreter today, said she faces an impossible future: returning to China for a forced sterilization and bringing with her the four children she's borne in the U.S. to a future of no schooling and no jobs.

(Story continues below)
Posted by Leslie at 5:47 AM No comments: