13 year old Jahi is the focus of another case where the "experts" have decided and again weighed in on "Life unworthy of life".

"Before Auschwitz and the other death camps, the Nazis had established a policy of direct medical killing - killing arranged within medical channels, by means of medical decisions, and carried out by doctors and their assistants. The Nazis called this program ''euthanasia.''

''Euthanasia,'' in its Greek derivation, means ''good death.'' The word is generally used for actions taken to facilitate the deaths of those who are already dying, and has long been a subject of debate for physicians, moral philosophers and the general public.

The Nazis, however, used the term ''euthanasia'' to camouflage mass murder. Just how the Nazis were able to do that has been made clearer by recent historical research and by interviews I was able to conduct during the last decade with German doctors who participated in the killing project.

Nazi medicalized killing provided both the method - the gas chamber - and much of the personnel for the death camps themselves. In Auschwitz, for instance, doctors selected prisoners for death, supervised the killings in the gas chambers and decided when the victims were dead.

Doctors, in short, played a crucial role in the Final Solution. The full significance of medically directed killing for Nazi theory and behavior cannot be comprehended unless we understand how Nazi doctors destroyed the boundary between healing and killing."

Flash forward to Jahi's tragic situation as a result of a tonsillectomy gone bad ~ her devastated family has found a facility to give Jahi care, but now they must fight this heartless mentality.

"Children's Hospital Oakland does not believe that performing surgical procedures on the body of a deceased person is an appropriate medical practice," he said."

One can't help but reflect on the confusion surrounding "brain death" without remembering Terri Schindler Schiavo.  As Terri's brother so eloquently noted,

"TAMPA, Fla., Nov. 19 /Christian Newswire/ -- Yesterday on This Week, George Stephanopoulos, in an interview with Senator Fred Thompson, commented that Terri Schiavo's autopsy proved she was "brain dead."  The New York Times also reported on this interview, repeating that the autopsy proved Terri was "brain dead."
This is patently false and Terri's family is requesting that the media immediately stop using this offensive and inaccurate expression to describe her condition.

Terri's brother, Bobby Schindler, says, "Brain death is an authentic diagnosis, not some catch phrase that should be loosely used based upon a 'summary of widespread response' or opinions that have been written about my sister.  We are requesting that the media take a few minutes to research the facts regarding Terri's case and, more importantly, her condition.  In doing so they would learn that not one doctor ever diagnosed Terri as being 'brain-dead.' This includes those who wrote her autopsy report. All of this information is easily available and accessible."

Rarely, if ever, mentioned in media reports are the more than 40 doctors' affidavits submitted to the court that either contradicted that Terri was in a so-called PVS or stated that she could have been helped with proper rehabilitation."

And Terri's sister Suzanne Vitadamo explained, "Terri was a daughter, a sister and a friend who was loved by many who feel the pain of her loss every single day. She was guilty only of having a brain injury and being dependent on others for her care. Sadly, in today's culture, this was not enough to save her from being killed," said Vitadamo.  "My sister fell victim to an ever-growing and dangerous 'quality of life' standard used to decide whether one should live or die."

This New Yorker article from 2001 raises some extremely important considerations which America desperately needs to revisit and strongly debate the ivory tower proclamations.

"It may be too much to say that the concept of brain death is an outright lie, but it is certainly less than the truth. Like many of technology’s sublime achievements, organ transplant, for all its promise, also has an unavoidable aspect of horror—the horror of rendering a human being into raw materials, of turning death into life, of harvesting organs from an undead boy. Should a practice, however noble, be able to hold truth hostage? Perhaps the medical profession should embrace the obvious: to be an organ donor is to choose a particular way to finish our dying, at the hands of a surgeon, after some uncertain border has been crossed—a line that will change with time and circumstance, and one that science will never be able to draw with precision."

As this New Yorker article explains, even when every family member is strongly
in favor of organ donation, it's still fraught with ambiguity.

"It is tempting to wish that death weren’t so complicated. Had Nick and his parents realized how alive he still needed to be in order to donate his vital organs successfully, they could have been given an honest choice between having Nick remain at home until the end and giving up on his goal of becoming a donor, and going to the hospital much earlier and staying until he could be declared “as good as dead.”

Another grieving mother in Colorado is writing a book about her daughter receiving sub-standard care following an auto pedestrian accident, possibly due to her organ donor designation.

The medically vulnerable are ever more so with every passing day with the ACA and the fiscal considerations obscuring the ethical considerations we thought were "safe" after the Nazis and their horrific medical experiment on steroids had been defeated.

"If anything, the evaluations by the experts were even more mercurial and superficial than those of the doctors and administrators who initially filled out the questionnaires. Each expert was sent at least 100 questionnaires at a time. During one 17-day period, one of the experts was required to complete 2,109 evaluations.

The experts did no examinations and had no access to medical histories; they made decisions solely on the basis of the questionnaires. Their occasional disagreements had only to do with definitions and policy; the pressure was always to order a patient's death. At his 1946 trial, Friedrich Mennecke, one of the experts, recalled the implicit directive that ''one should not be petty . . . but instead, liberal'' in rendering a ''positive judgment.''   German Doctors and The Final Solution ~ New York Times 1986 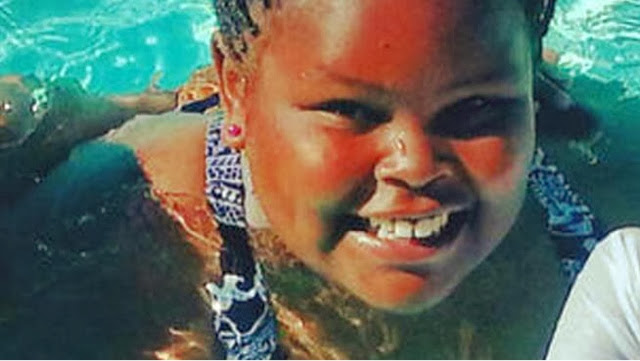 Posted by Leslie at 8:06 AM No comments: