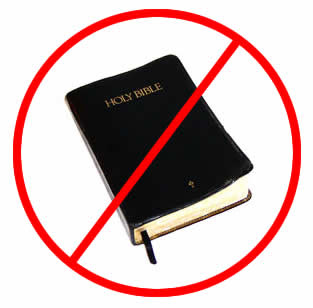 300 Bibles found during an X-ray scan of group's luggage

Group members say they will not leave airport until bibles are returned
BEIJING, China (CNN) -- Four members of a Christian group from the United States are refusing to leave an airport in China after authorities confiscated their 300 Bibles, the group's director said Monday.

The four members of Vision Beyond Borders -- based in Sheridan, Wyoming -- arrived in the southwestern Chinese city of Kunming on Sunday. Customs officials discovered the Bibles during an X-ray scan of their luggage, said Pat Klein, director of the group, which supplies Bibles and other Christian material to people in China and other countries.

Under Chinese law, it is illegal to bring printed religious material into the country if it exceeds the amount for personal use. The group distributes the Bibles through a local shop owner in Kunming, according to Klein.

Klein said he's been bringing Bibles into China for 21 years and had no idea he was breaking Chinese law.

The group spent the night at the airport, and Chinese customs officials told them they had broken the law and repeatedly asked them to leave the airport, Klein said. He said the customs agents have not been antagonistic.

China says Christians are free to worship in China -- as long as they worship in a church that registers with the government.

People in China can buy Bibles, but some members of underground or unregistered churches in China say Bibles are in short supply in some locations, especially rural areas, according to a 2007 report from the U.S. State Department.

The Report on International Religious Freedom warned that the distribution of religious publications in China is closely watched. All publication in China is controlled by the government, whether religious or otherwise.

"Customs officials continued to monitor for the 'smuggling' of Bibles and other religious material into the country," the report said. "Religious texts published without authorization, including Bibles and Qurans, may be confiscated."

President Bush criticized China's record on human rights and religious freedom in a speech he made before going to China for the opening ceremony of the Summer Olympics.

"I have spoken clearly, candidly and consistently with China's leaders about our deep concerns over religious freedom and human rights," he said. "And I have met repeatedly with Chinese dissidents and religious believers. The United States believes the people of China deserve the fundamental liberty that is the natural right of all human beings."

Qin Gang, a spokesman for the Chinese Foreign Ministry, brushed aside Bush's criticism.

"We firmly oppose any statements or deeds which use human rights, religion and other issues to interfere with the internal affairs of other countries," he said.

He said China "keeps to the concept of putting people's interest first and is devoted to maintaining and promoting basic rights and freedom of its citizens.

"Chinese citizens enjoy freedom of religion in accordance with the law."

While in China, Bush worshipped at a church that operates with government permission. That drew criticism from Amnesty International and other advocates of religious freedom, who said that Bush was endorsing the Chinese government's regulation of churches.

Klein, meanwhile, said his group members won't leave until their Bibles are returned.

"We're being inconvenienced a little, but it's nothing compared to what our brothers and sisters in China experience for their faith in Jesus Christ," Klein said.
Posted by Leslie at 7:16 PM No comments: 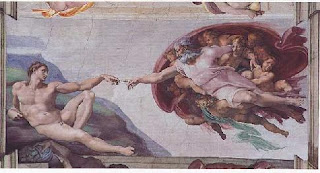 JERUSALEM (Reuters) - A stillborn Israeli baby who was pronounced dead by doctors "came back to life" on Monday after spending hours in a hospital refrigerator.

The baby, weighing only 600 grams at birth, spent at least five hours inside one of the hospital's refrigerated storage units, before her parents, who had taken her to be buried, began noticing some movement.

"We unwrapped her and felt she was moving. We didn't believe it at first. Then she began holding my mother's hand, and then we saw her open her mouth," said 26-year-old Faiza Magdoub, the baby's mother.

The baby was pronounced dead several hours earlier, after doctors at Western Galilee hospital in northern Israel were forced to abort her mother's pregnancy because of internal bleeding. Magdoub was 23 weeks into her pregnancy.