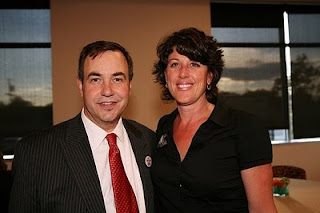 "Lawmakers say a single sentence and a campaign of "misinformation and disinformation" helped doom a bipartisan bill that would have made it a crime to kill a fetus.
The provision in question says nothing in the bill "shall be construed to confer the status of 'person' upon a human embryo, fetus or unborn child at any state of development prior to live birth."

Colorado Right to Life had suggested language to Representative Waller, on two different occasions, which wouldn't have been morally compromised as our latest letter explained, "Rep. Mark Waller's 16-page Act Concerning Crimes Against an Unborn Child, Is Itself a Crime Against Every Unborn Child in Colorado"

Colorado Right To Life proposes a one-sentence legislative solution to Colorado's need to punish criminals, other than abortionists, who injure or kill an unborn child, for example, from a drunk-driving crash. Working with a county prosecutor, CRTL has suggested this wording to Rep. Mark Waller and other state legislators:

CRTL's Single-Sentence Solution: The offenses codified in Part 1, Article 3 of Title 18 of the Colorado Criminal Code shall apply also to unborn members of the species homo sapiens at any stage of development."

Senator Steadman made this ridiculous claim, "But Steadman said the anti-choice side was unwilling to view the legislation as a criminal-justice issue."

We responded to this absurd assertion by sending Denver Post's Lynn Bartles this explanation, "We re-sent [Representative Waller] the language again this morning, stating that we're sad he pulled the bill but that we'd like to see him carry a measure this year with the above language, precisely because we feel so very strongly that the Gorham baby's tragic and unfortunate death demands justice."

The abortion industry's lies and rhetoric twisting the truth of the effort to provide a legal remedy for pre-born babies, victims of drunk drivers or worse, shouldn't surprise anyone.

But that the bill's sponsor didn't anticipate that partnering with an unscrupulous, racist organization ~ recently and repeatedly caught covering up criminal sexual assault of minors might not create a positive result, really is shocking.

"Be ye not unequally yoked together with unbelievers: for what fellowship hath righteousness with unrighteousness? and what communion hath light with darkness? And what concord hath Christ with Belial? or what part hath he that believeth with an infidel?" 2nd Corinthians 6:14-15
Posted by Leslie at 9:56 AM No comments: