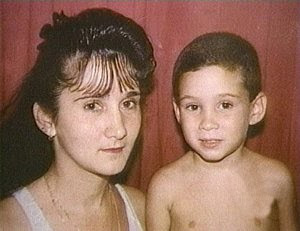 Thousands of white blooms on Delfin Gonzalez's avocado tree are starting to become fruit, and that means he'll soon have a new reason to visit his neighbors.

They all know him, and not just because he's lived on this Little Havana block for nearly 10 years, handing out avocados. Gonzalez is famous here because of a woman he never met, but who changed his destiny and unforgettably altered the lives of the residents of Northwest Second Street.

People may have forgotten her name — Elizabeth Brotons — but no one here will ever forget her son: Elian Gonzalez.

It was 10 years ago this week that the world watched U.S. Border Patrol agents storm the Gonzalez home on this humble block and seize the 6-year-old refugee boy at gunpoint.

Elian, subject of an epic tug of war between Havana and the boy's Miami relatives, was snatched from inside a closet in the wee hours of April 22 and delivered to his father, who waited with Castro government escorts in Maryland. Two months later, after a family battle in the court, the boy's father took him back to Cuba.

Elian was the boy whose story hit Miami with the force of a Category 5 hurricane, the boy whose mother died at sea when their boat sank in their escape from Cuba. Adrift alone, the boy clung to an inner tube for two days before he was rescued by fisherman. He came to live with his closest living relatives, the Gonzalezes of Northwest Second Street. 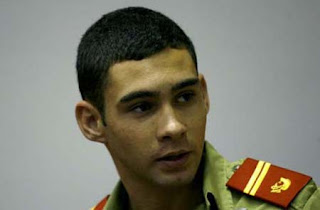 Pray that the trauma of Elian's horrendous kidnapping and return to Cuba's communist nightmare will be erased by our merciful and gracious Lord and that he never forgets his mother's sacrifice so that he might be free. May the Castro brainwashing machine's grip on Elian's life be broken and good brought from what our evil government did to thwart his mother's wishes and put him back in bondage. 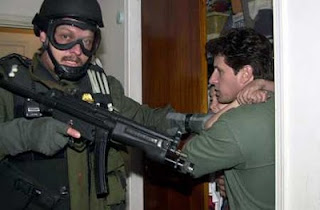 Posted by Leslie at 2:26 PM No comments: