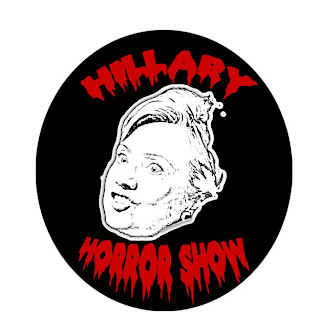 An abortionist who claims to have destroyed more than 20,000 unborn children and who once was Hillary Clinton's OB-GYN says he is doing "God's work" when he terminates a pregnancy.

"Embryos and fetuses spontaneously aborted – most, but not all of those 'canceled' by 'God' – are ... luckless human souls," wrote William Harrison, referring to an ancient poem describing the plight of mankind. "But a few spontaneous abortions occur in desired pregnancies with no discernable abnormalities. For those girls and women and their families whose circumstances would make their babies 'luckless human souls,' I 'cancel' them before they become babies."

A FITTING REPLY TO THIS DEMONIC THINKING

Prayers that Mr. Harrison hears this beautiful
defense from on high by Jillstanek.com regular
HisMan ! 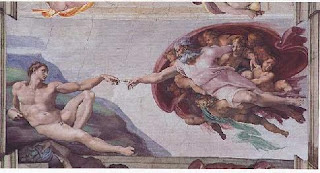 Lest your sin find you out, and you are found weeping at the foot of the cross realizing what wrethchedness you have wrought, hencewith, the canceling of God's own intents; one score times one thousand calling evil good and good evil, thereby, sitting in the place of the Most High God, hearest this and weep......with all thine mind, thine heart, and thine soul pleading that you not suffer the holy indignation; the works of thine hands and, be found begging for your loved ones' warning of such eternal trap as thine own mind and heart and hands and pride have fashioned......by the "self-named cancelling" each least of these Lazarus-Jesus-Innocents crying out from under the altar of God's mercy seat....waiting for the shedding of their innocent blood that has polluted the land to be justified.

For this is what our Lord has spoken against you:

Abortion is an affront to the creative nature of God, it negates God as Creator,

Abortion denies the power of God to right a wrong, it negates God as Redeemer,

Abortion's desire is to take that which was composed from the chaotic array of elemental molecules into a symphony of life infused with an eternal soul, and turn it back to the entropy of randomness, chaos, nothingness, uselessness.

Abortion is against all that is hopeful, all that requires faith for success; for it's solution; annihilation, it's goal; death, it's dream; breaking God's heart, it's vision, Satan's ultimate power.

Abortion is a counterfeit, for the clawprints of Satan are everywhere to be found in its performance;

Abortion pits men against women, mothers against their children, fathers against God, Yes, abortion is Satan's feeble attempt at killing God Himself, for abortion is a metaphor for Satan; it is his coat of arms, his family crest, his logo, his brand, it belongs to him......for he laughs at its willing proponents as they craft their own self-destruction, mantled in self-deception.

Will you be found naked and alone in the tortured sea of your own arrogance?

Hillary image courtesy of Squawkboxnoise.com
Posted by Leslie at 6:23 AM No comments: