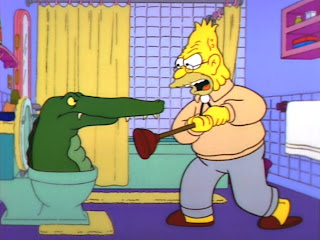 I'll let this Google image of Olympics 2008 speak for itself!

Three American Christians Released From Custody After Arrest In Beijing

Washington, DC – Three Christian activists were arrested in Tiananmen Square and forcibly taken into custody after displaying a banner that read “Jesus Christ Is King” in both English and Chinese. They were later released.

Rev. Pat Mahoney of the Christian Defense Coalition in Washington DC, Brandi Swindell of Generation Life in Boise, Idaho, and Michael McMonagle, National Director of Generation Life were standing in solidarity with the victims of human rights abuses, including forced abortion, religious persecution of Christians, and other denials of fundamental civil liberties.

According to news reports of the incident, they called out to those around them, “End the brutality. To those who are forced to go through forced abortions and have no voice, we are your voice.”

“Today we stand as a bold and prophetic witness against the tyranny and brutality by the Chinese government against their own people. As the Summer Olympics are being celebrated, millions of Christians and those with other faith traditions are routinely oppressed, tortured and jailed by Chinese officials. It is a privilege and honor to be able to stand with those who are persecuted.

“China also promotes the barbaric practice of forced abortion and sterilization, while those who speak out against human rights abuses by the Chinese government are crushed and trampled. And, the peaceful citizens of Tibet have been brutalized by Chinese leaders.

“Today we follow the teachings of Jesus in Matthew 25 and stand in solidarity with our oppressed Chinese brothers and sisters. Our public witness is a visible reminder that 100,000 military troops and abusive security measures cannot silence the voice of freedom, justice and the power of the Gospel of Christ. The truth will always be heard and we hope that President Bush will boldly speak out against these human rights abuses on his official visit to China during the Olympics.”

The group is planning a news conference in front of the Mao Tse-tung Mausoleum at 11 am (China Time) on Thursday, August 7, 2008, to discuss human rights abuses.

Operation Rescue provided support for this prophetic witness to China.
Posted by Leslie at 8:38 PM No comments: