He kills people for a living and gets Federal protection, bizarre........ 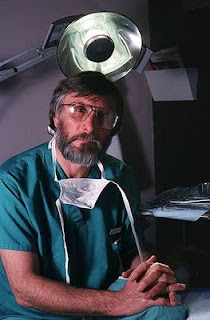 Warren Hern, Colorado's blight on Boulder's beauty, is at it again with his recent media blitz about threats upon his sorry life.

One of the very few late term abortionists in America, Hern has long worn a bullet proof vest and made lots of noise about
his persecution by pro-lifers.

At one point he claimed to be in such fear for his life, when Ken Scott quoted scripture to him and told him to "repent, the kingdom of God is at hand and if you don't repent, he pit of hell is at hand."

That allowed him to place Ken in Fort Logan mental health facility for 41 days.

Hern fancies himself a champion of women, apparently completely missing the point that undoubtedly half the babies he kills are girls.

You can read about Boulder's own here.

Esquire magazine recently wrote about Hern and his most famous quote, "We have reached a point in this particular technology where there is no possibility of denying an act of destruction. It is before one's eyes. The sensations of dismemberment flow through the forceps like an electric current."

Yesterday, August 25, 2009 Colorado Right to Life and Personhood Colorado launched their Personhood 2010 campaign with a press conference in front of the Denver South Station post office.

In what might have been a first, Personhood Colorado spokesperson, Sherri Williams, told her story of having been raped and exposed on-camera the biggest lie Planned Parenthood tells women. Sherri gave her daughter up for adoption, they found one another after Bethany was an adult and they now have a beautiful relationship.

Despite the truth that was told to KMGH News, which takes away one of the pillars of the baby killing industry, they chose not to air her footage.

You can read her story here and here.
Posted by Leslie at 2:35 PM No comments: 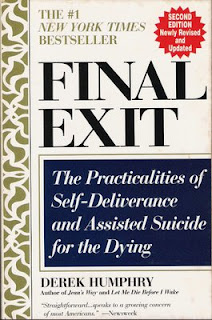 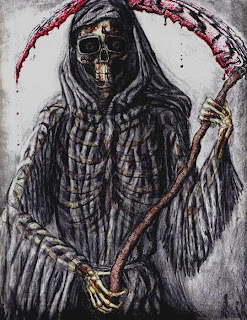 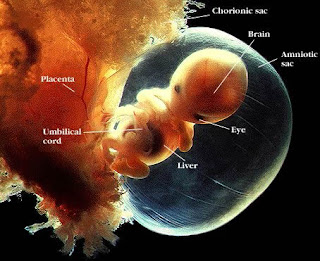