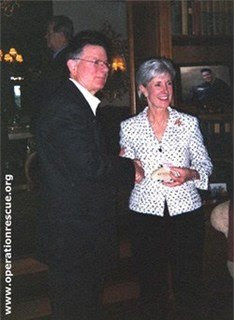 There is a common thread running through President Obama's pro-choice agenda: the coercion of those who disagree with it.

Obama has begun providing federal funds for international groups that promote or perform abortions overseas. He has moved to weaken conscience protections for health-care professionals. And he has chosen the most radical possible option on the use of embryonic stem cells -- a free license for researchers, with boundaries set only by the National Institutes of Health.

Now, taxpayers are likely to fund not only research on the "spare" embryos from in vitro fertilization but also on human lives produced and ended for the sole purpose of scientific exploitation. Biotechnicians have been freed from the vulgar moralism of the masses, so they can operate according to the vulgar utilitarianism of their own social clique -- the belief that some human lives can be planted, plucked and processed for the benefit of others.

It is the incurable itch of pro-choice activists to compel everyone's complicity in their agenda. Somehow, getting "politics out of science" translates into taxpayer funding for embryo experimentation. "Choice" becomes a demand on doctors and nurses to violate their deepest beliefs or face discrimination.

It is probably not a coincidence that Obama has chosen a Roman Catholic -- Kansas Gov. Kathleen Sebelius -- to implement many of these policies as secretary of the Department of Health and Human Services. Obama has every right to a pro-choice Cabinet. But this appointment seems designed to provide religious cover. It also smacks of religious humiliation -- like asking a rabbi to serve the pork roast or an atheist to bless the meal.