Will The Church Repent?

Before the trees in Denver turned fiery red and snow began to swirl and blow, our motley crew at the evil Planned Parenthood child sacrifice center were paid a visit by a businessman from Wyoming.
Our short visit was peppered with lots of "christian" cliches as our friend thanked us for being
there and spoke about our need to read the Bible more.
Chris was headed to a meeting at the Renaissance Hotel right behind the kill mill so he was in suit and tie and was sporting a big smile ~ his Christianity on his shirt sleeve.  Maybe you've met someone like Chris before. I'll call him a sugary Christian. 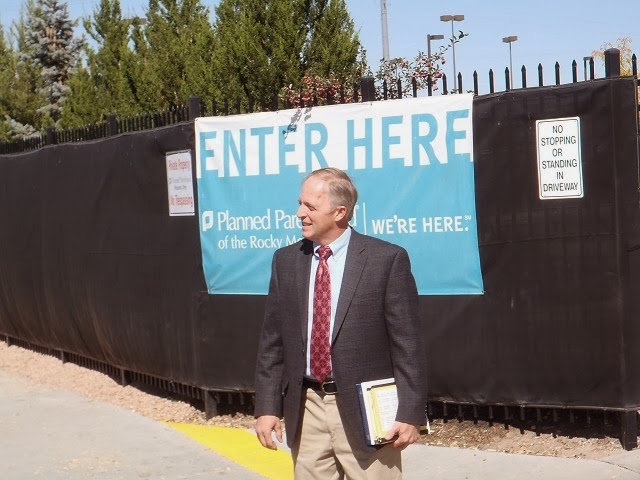 He was really eager to tell us all about his "faith" and the Bible, but you see, when we started asking Chris about the abortionist in Jackson, Wyoming where several of us had protested the previous year, it turned out Chris knew Brent Blue.  He's a "really nice guy".
When we pushed him on how could he say a man who kills innocent babies for cash is nice, he switched to what a good "doctor" he is. 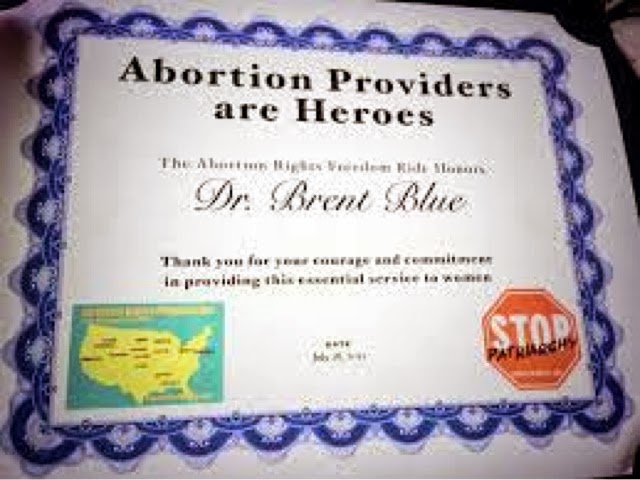 Turns out Chris avails himself of Doc Blue's services.
He allows a man who dismembers human beings to touch him and give him medical advice. 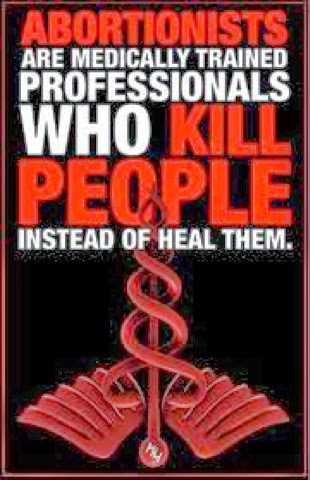 When we queried whether that gave him any pause, he admitted he actually has a business relationship with Jackson, Wyoming's paid hit man.
Yes, Chris explained he had helped Brent Blue "save his building".
The three of us who were engaged I the conversation grew more incredulous by the minute.
Chris benefits from a killer financially, sees him as a practitioner, thinks he's a great guy and calls himself a "believing" Christian.
When our wonderful friends at Abolish Human Abortion launched their most recent project, Churchrepent.com, they were targeting church leaders for failing to be The Church in the historic sense.
Every day, between 3,000 - 4,000 human beings are slain within blocks of numerous churches who completely ignore the carnage in their midst.
How are we any different from the churches in Nazi Germany who merely "Sang a Little Louder" as the cattle cars drove past with fellow humans being hauled to their deaths.
Father God, how can we be so blind as to repeat the same tragic error of failing to love our neighbors?
How can so many be so complacent at the plight of their pre- born neighbors being dismembered and flushed into the sewers?
How can Chris be so bold in proclaiming his belief in Jesus Christ who died so Chris might live ~ when all the while, Chris profits directly and indirectly from enabling Brent Blue in his diabolical "work"?
Deuteronomy 27:25 states, "Cursed is he who accepts a bribe to strike down an innocent person. And all the people shall say Amen."
The Church is failing to teach the culture, her community and her congregations even the most basic  tenants of the faith.
As A//A reminds us ~ "The Great Commission certainly includes the work of evangelism, as well as discipleship. But this discipleship entails teaching the evangelized to obey all that Christ has commanded. And what has Christ commanded? Christ has commanded a number of things, but if we were to begin somewhere, we should probably look at what Christ called the two greatest commandments, upon which depend all the Law and the Prophets:

"You lived on the earth in luxury and in self-indulgence. You have fattened your hearts in a day of slaughter"
JAMES 5:5
Posted by Leslie at 6:18 PM No comments: