What we get when we try to regulate child killing! 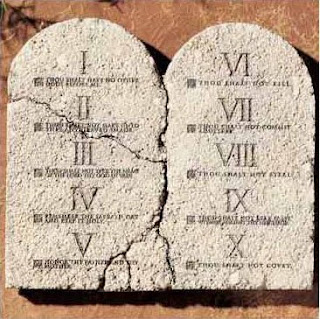 WHAT IF WE JUST FOLLOW GOD'S ENDURING COMMAND,
"THOU SHALL NOT MURDER" ?????


Judge Sotomayor and Abortion on Demand: A Tutorial

Millions of Americans believe that states can prohibit abortion in the third trimester, yet current Supreme Court jurisprudence has manufactured a right to unfettered abortion right up to the time of the child’s birth. How did Americans become so confused on this issue and how did the Supreme Court end up where it has?
Does Judge Sonia Sotomayor know the law as well as a future Supreme Court justice ought to know it? If a discussion during her confirmation hearings with Senator Tom Coburn (who is not a lawyer, but rather an experienced obstetrician) is any indication, it would seem not.

Judge Sotomayor: I can speak to what the court has said in its precedent. In Planned Parenthood v. Casey, the court reaffirmed the core holding of Roe v. Wade, that a woman has a constitutional right to terminate her pregnancy in certain circumstances. In Casey, the court announced that in reviewing state regulations that may apply to that right, that the court considers whether that regulation has an undue burden on the woman’s constitutional right. That’s my understanding of what the state of the law is.

Sen. Coburn: So let me give you a couple of cases. Let’s say I’m 38 weeks pregnant and we discover a small spina bifida sac on the lower sacrum, the lower part of the back, on my baby, and I feel like I just can’t handle a child with that. Would it be legal in this country to terminate that child’s life?

Judge Sotomayor: I can’t answer that question in the abstract, because I would have to look at what the state of the state’s law was on that question and what the state said with respect to that issue. I can say that the question of the number of weeks that a woman is pregnant has been—that approach to looking at a woman’s act has—was changed by Casey. The question is, is the state regulation regulating what a woman does an undue burden? And so I can’t answer your hypothetical, because I can’t look at it as an abstract without knowing what state laws exist on this issue or not. . . .

The judge’s answer to the senator’s question was miles wide of the mark, and indicated either that she does not know the truth about the constitutional law of abortion in our country, or that she is willing—for whatever reason—to mischaracterize the matter before a national audience. Senator Coburn had an opening here that cried out for exploitation, but he passed it by for the moment.