'She has poured mud all over my family's name' 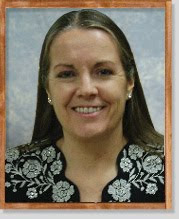 The horrendous anti-semitic rant over the weekend by veteran White House Correspondent, Helen Thomas really has stunned the nation with the open hostility toward Israel shown so blatantly ~ up close and personal.

Today WND has an article that warms the heart about a Hearst family member's support of Israel and the people of Gaza.

Hearst heiress, Victoria responded quickly, "I've never heard any Hearst family member make an anti-Semitic remark, and none of them would be in agreement with Helen Thomas."

According to the WND article, Victoria Hearst is a lover of Israel and has founded Praise Him Ministries in Ridgeway, Colorado.

The Praise Him Ministries' write up of Victoria's work in Israel is so encouraging at a time when American's are cringing about the evil things happening to Israel and God's chosen people.

"Victoria sits on the board of Billye Brim Ministry/Prayer Mountain of the Ozarks in Missouri, and the advisory board of Voice of Refugees ministry in California. Victoria loves Israel and the Jews. She has been to Israel many times and helps Mayor Ron Nachman of the city of Ariel in Judea and Samaria with certain projects. She also assists the Jews of Gush Katif who lost their homes and livelihoods when they were forced out of Gaza in 2005. Victoria believes that all Christians need to support Israel and the Jews’ right to the land as GOD promised in the Bible."

"We wholeheartedly condemn what she said. The Hearst Corporation and the Hearst Family do not condone anti-Semitism in any way, shape or form. And we demand a heartfelt apology to the Jewish community around the world.'"

Now that Helen Thomas has today rightly retired, we can pray that Victoria will keep her in prayer as she undoubtedly needs Jesus, so that she will understand (before it is too late) why the Jews in Israel are precisely where God wants them to be.