And THANK YOU JOHN PISCIOTTA!!

CRAWFORD, Texas (AP) — Some families are boycotting Thin Mints and Do-Si-Dos and other Girl Scout cookies. Troop 7527 is down to just two members after the other girls were withdrawn by their parents. And Brownie Troop 7087 is no more.
Why are folks in this conservative Texas town where President Bush has his ranch so mad at the Girl Scout organization?

The furor was started a few weeks ago by the leader of the anti-abortion group Pro-Life Waco, who sent out e-mails and ran ads on a Christian radio station urging people to boycott Girl Scout cookies because of the "cozy relationship" between the Girl Scouts and Planned Parenthood.

"It's not that we're a bunch of activists. We're just a bunch of moms who care about their kids," said Lisa Aguilar, who took her 10-year-old daughter out of her eight-member Girl Scout troop. "For us, it's the morality. Where is Girl Scouts going?"

The two troops in Crawford, population 700, decided not to deliver the cookie orders that they had already taken.

But cookie sales have skyrocketed this year as many people bought cases just to show their support for the Girl Scouts, said Becky Parker, a troop leader who is the cookie distributor for Waco-area troops.

"People thought the boycott was ridiculous and was one man's extremist views," Parker said.

While the cookie boycott may have backfired, the furor prompted the parent leaders of the two Crawford troops to quit.

"You're telling these girls to raise their fingers up to pledge to honor God and country, and yet you're handing out materials saying homosexuality is OK," said Brownie leader Donna Coody, who disbanded her five-member troop.

Because of the uproar, the Bluebonnet Council of Girl Scouts, which oversees troops in the Waco area and 13 other counties, announced last week that it would not be affiliated with Planned Parenthood sex-education programs this year.

In an editorial in Friday's Waco Tribune-Herald, Pam Smallwood, the Planned Parenthood of Central Texas executive director who was honored by the Girl Scouts last year, complained that Girl Scouts had thereby demonstrated that "bullying tactics are more effective than an informed democracy."

The Waco-area Girl Scout organization has been putting its name and logo on brochures for the Planned Parenthood sex-education programs but said it does not contribute any money and does not send girls to attend.

"It embarrassed me to look at it with my husband," said parent Shannon Donaldson.

Pro-Life Waco director John Pisciotta, an economics professor at Baylor, the world's largest Baptist university, said his call for a cookie boycott "was a way to bring attention to the issue and wasn't really about cookies."

The Girl Scouts national organization, which is based in New York and has 2.9 million girl members and 986,000 adult members, takes no position on sex education or abortion and has no national relationship with Planned Parenthood, according to the Bluebonnet Council.

The Crawford mothers are forming their own girls organization and will use a Christian-based curriculum. Beth Vivio, director of the Bluebonnett Council, declined to say if parents in any other troops had taken their daughters out.

Some parents decided to explain abortion to their girls. Others gave only a vague explanation about the uproar.

"Our girls have been through a lot these past three weeks," said Jennifer Smith, who quit as leader of Girl Scout Troop 7527 and removed her daughter. "After I told my 10-year-old daughter that they are supporting some things that are not morally right, she understood."

Copyright 2005 The Associated Press. All rights reserved. This material may not be published, broadcast, rewritten or redistributed.


SAVE THIS | EMAIL THIS | Close
Check the box to include the list of links referenced in the article.

13For Thou hast possessed my reins. Thou hast covered me in my mother's womb.


14I will praise Thee, for I am fearfully and wonderfully made; marvelous are Thy works, and that my soul knoweth right well.


15My substance was not hid from Thee when I was made in secret, and intricately wrought in the lowest parts of the earth.


16Thine eyes did see my substance, yet being imperfect; and in Thy book all my members were written, which in continuity were fashioned, when as yet there were none of them.


17How precious also are Thy thoughts unto me, O God! How great is the sum of them!
Posted by Leslie at 1:01 PM 2 comments: 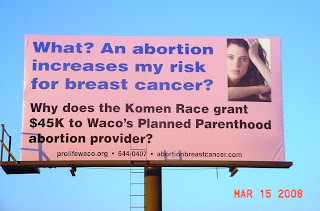 Posted by Leslie at 7:40 AM No comments: