ICYC ~ In Case You're Curious 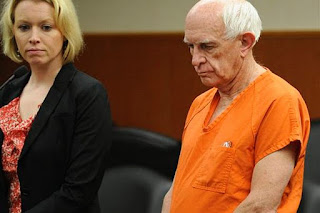 As if things in Denver aren't sick and sordid enough in Denver with the Twilight Zone tale of a "National Cop of the Year" apparently turned meth user and alleged exploiter of young men; now local sex abuse enabler, Planned Parenthood, is launching a community outreach program to give your kids advice about their "sexual health."

As the Denver Post reported yesterday, Alice Macklin will head up the community education program ICYC for Planned Parenthood.

A number of questions come to mind . . .

Is MS Macklin a licensed medical professional? Will she be personally responsible for the carnage left in her wake? Will she know the age of the child that is seeking her sexual advice? Is she familiar with the physical, emotional and spiritual risks associated with sexual activity in young teens and even middle school children?

Or will she be an abortion and sexual activity recruiter?

Since Planned Parenthood of the Rocky Mountains is an affiliate of the national "non profit" which killed over 300,000 innocent babies in the womb last year for profit, should moms and dads be alarmed over the possibility their children will be victimized by this new texting out reach marketing program? Absolutely!!

PP spokeswoman, Monica McCafferty, stated on Caplis and Silverman's KHOW drive time show yesterday that their new program encourages kids to talk to their parents ~ one of her funniest lines. Moms have come out of their abortion facility and told stories about being prevented from even talking to their daughters when their grand child is about to be killed.

Will your child's natural, normal and God given inhibitions be mocked and broken down?

Does PP give medically accurate information to their female clients to whom they routinely dispense harmful steroidal agents for "contraceptive" use? Of course not. Do they explain that The Pill has been dubbed a "Molotov Cocktail" for breast cancer by breast surgeon, Dr. Angela Lanfranchi? Do they mention the greatly increased rate of premature birth in women who have had abortions? Do they tell girls that abortion elevates the risk of ectopic pregnancy? Do they share the dirty little secret that abortion of a first pregnancy nearly doubles the rate of breast cancer later in life? The answer is unequivocally NO!!

How many parents of young teens are aware of the numerous under cover stings by Lila Rose which showed that Planned Parenthood routinely fails to report sexual abuse of minors and they tell the girls to call back and not mention the age of their adult abuser, so they can facilitate illicit sexual behavior and sell more abortions down the road.

Colorado's Republican Attorney General, John Suthers' office was made aware of a local sting of Planned Parenthood in 2006 and told Colorado Right to Life that there was nothing to be done. 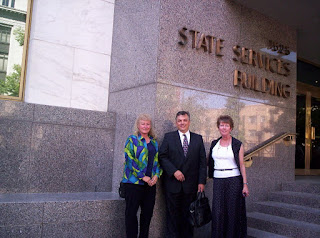 Illicit sexual behavior? Such a quaint notion, isn't it?

But now that we see how Denver is apparently a hub for human trafficking, one wonders how Planned Parenthood can not be an important cog in Denver's ongoing youth sexual exploitation saga.

If you value your child's life and future emotional health and well being, you MUST warn them of the dangers of having any interaction with this evil, racist organization which preys on the young and vulnerable for profit.

In case you're curious, PP wants your kid sexually active, as early as possible, so they can sell them between 3 and 5 abortions for around $500. a pop.

Pretty good racket if you ask me!

Coming to a neighborhood near you, soon . . . 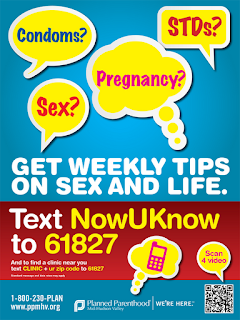 If you'd like to hear your's truly on KHOW's Caplis and Silverman show last week, click here.
Posted by Leslie at 7:35 AM No comments: