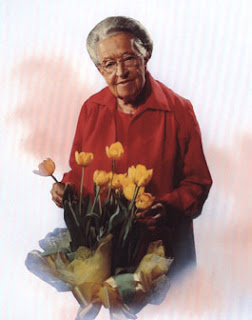 
GOVERNOR MINNER, WHAT WILL YOUR LEGACY
BE? 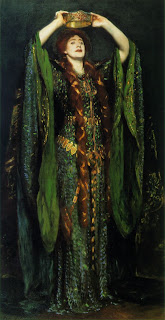 Lady MacBeth?
Posted by Leslie at 5:31 PM No comments: 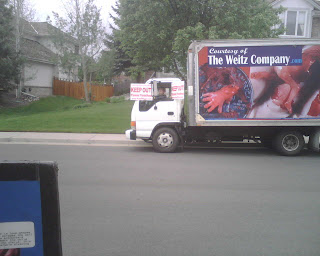 Today the Collaborators Project conducted
another Holiday Home Visit at the residence of Gary Meggison, in Lakewood, Colorado.

About 20 protestors of the Planned Parenthood Super Baby Death Camp, being built by Weitz
in a minority neighborhood at Stapleton, gathered, sang songs and preached God's word to Mr. Meggison and his neighbors. 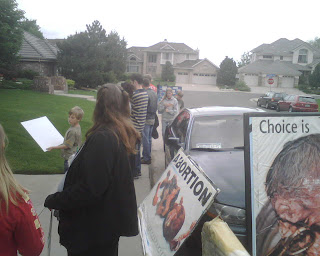 Cal Zastrow brought a strong message, begging Gary and his neighbors' hearts to break for the
4,000 innocent pre-born babies who are murdered by Planned Parenthood and America's abortionists, daily. 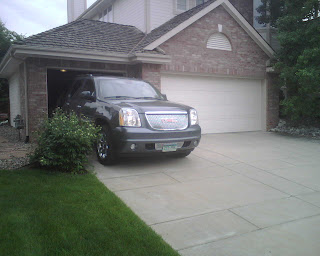 Lakewood Police were called and asked us to keep the preaching level down. As the Christians continued with songs, Meggison left home to flee from the truth he was forced to confront.

Posted by Leslie at 2:42 PM No comments: