Another enemy of humanity! 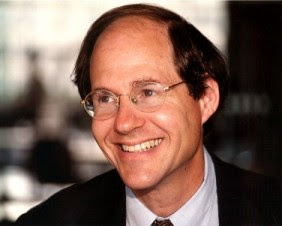 TEL AVIV – The government should be required to fund abortion in cases such as rape or incest, argues President Obama's newly confirmed regulatory czar, Cass Sunstein.

"I have argued that the Constitution ... forbids government from refusing to pay the expenses of abortion in cases of rape or incest, at least if government pays for childbirth in such cases," Sunstein wrote in his 1993 book "The Partial Constitution."

In the book, obtained and reviewed by WND, Sunstein sets forth a radical new interpretation of the Constitution. The book contains a chapter entitled "It's the government's money" in which Sunstein strongly argues the government should be compelled to fund abortions for women victimized by rape or incest.

The Obama czar posits that funding only childbirth but not abortion "has the precise consequence of turning women into involuntary incubators."

(Story continues below)
Posted by Leslie at 12:06 PM No comments: 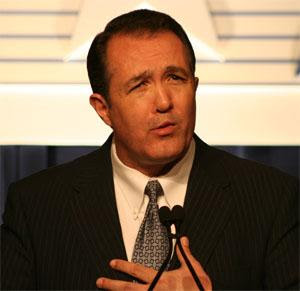 According to ABC news political blog:

GOP Rep: President Obama is “An Enemy of Humanity”

At the conservative How to Take Back America Conference over the weekend, Rep. Trent Franks, R-Ariz., had some harsh words for President Obama.

Franks told those assembled: “Obama's first act as president of any consequence, in the middle of a financial meltdown, was to send taxpayers' money overseas to pay for the killing of unborn children in other countries. Now I gotta tell you, a president that will do that, here's almost nothing that you should be surprised at after that. You shouldn’t, we shouldn't be shocked that he does all these other insane things. A president that has lost his way that badly, that has no ability to see the image of God in these little fellow human beings, if he can't do that right, then he has no place in any station of government and we need to realize that he is an enemy of humanity.”

To see and hear Representative Franks' bold proclamation of TRUTH, click here!
Posted by Leslie at 10:32 AM No comments: