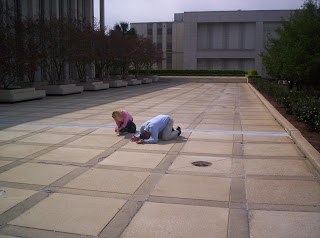 Four years ago this morning, Terri Schindler Schiavo finally succumbed to the state ordered murderous starvation and dehydration regime in Florida, after 13 days.

My friends and I had been furiously working with a few sympathetic Florida legislators to pass a sip of water bill, believing that if we could get Terri a sip of water, some ice chips . . . perhaps she'd make it.

Knowing full well that any animal owner who perpetrated the same torment on a pet or livestock would be put in jail, we worked to point out the madness we were witnessing and the world was watching. 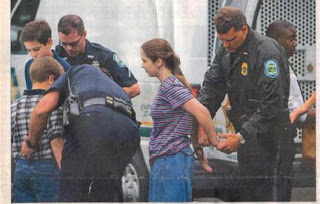 Gabriel Keys and his sister Josie, homeschoolers who bucked the system - attempting to bring Terri a drink of water - were arrested.

These two young men from a far away state brought flowers in a vase designed to be able to assuage Terri's horrific thirst, should they be able to get past the police and dogs guarding the Hospice Woodside entrance. 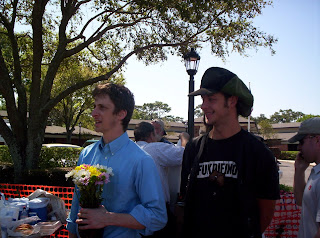 During my numerous flights to Florida to join the hundreds, if not thousands, fighting for Terri's life, I pondered the day we'd meet. I considered her a friend, though we'd never met. That day has been postponed, but I pray that she and my precious Tuesday have recently become friends. I pray the words of scripture in Romans 8:28 have and will continue to bring comfort to the Schindler family as they remember and honor their beloved Terri on this poignant day. 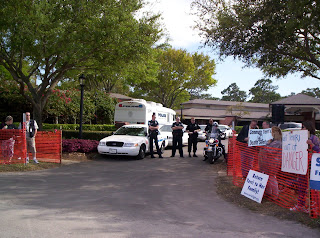