"Ye shall know the truth, and the truth shall make you mad." ~Aldous Huxley 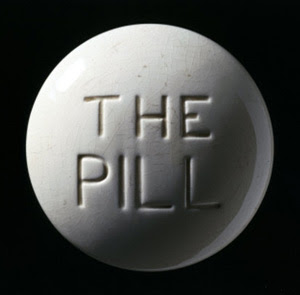 Last week's announcement that HHS is mandating birth control without charge, has brought reaction from all quarters and
in an attempt to pretend balance, a Denver based organization, Health Policy Solutions contacted Colorado Right to Life for a comment and their resulting article is most instructive in how the left
censors the input it seeks when it doesn't comport with their preconceived bias.

Of course Planned Parenthood was thrilled as their spokesperson indicates, "Covering birth control without co-pays is one of the most important steps we can take to prevent unintended pregnancy and keep women and children healthy,” Dr. Vanessa Cullins, vice president of Medical Affairs for Planned Parenthood, said following IOM’s recommendation."

In response to the query from Heath Policy Solutions about the pros and cons of the mandate, I shared the following information:

Oral contraceptives are declared Group 1 Carcinogens to Humans by the World Health Organization.

Additionally, there is an "abortifacient action" in oral contraceptives, according the the manufacturers themselves in package inserts.

What could be more outrageous than forcing taxpayers to harm women and children with the fruits of our labor?"


Not surprisingly, the article gives far more ink to the three women who are delighted that oral contraceptives will be provided without charge, but when pertinent information provided by opponents isn't included, one wonders if balance was truly the intent.

The article starts with the plight of a young female college student who says, "“I feel like if a woman chooses to be safe and take responsibility for her sexual health, that that should be supported and made easy. It should not be a struggle for any woman,” Carpenter said.' Then of course, the obligatory NARAL and Planned Parenthood representatives are quoted, crowing about how necessary the coverage truly is.

Next, Myung quotes yours truly, "Leslie Hanks, vice president of Colorado Right to Life, said the new law will cause more women to use birth control, which she believes carries “grave health risks.” She and other pro-life advocates assert that the new law will cover abortion-inducing drugs, known as abortifacients – a claim that HHS denies.

“Why do we care so little for the health of women and their innocent children being lost to these abortifacients?” Hanks said.

Pro-life opinion is often sought to give a sheen of "balance" but after being at this for nearly a quarter of a century, I'm growing weary of accepting the crumbs the MSM gives in order to make them look fair.

A few questions come to my mind ~

I gave you the name of a respected breast surgeon, Dr. Angela Lanfranchi who I heard speak at a Human Life International symposium on 50 Years of The Pill last December. Doesn't her claim that oral contraceptives are a, "molotov cocktail" for breast cancer even cause a blip on your radar screen? Did you call Dr. Lanfranchi to learn why she makes such a claim? 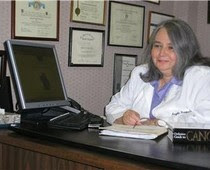 Do you care so little for women's health that you and your organization censor pertinent information from them without
investigation?

Does the information about the pill being designated as a class 1 Carcinogen not merit mention? Are women unable to handle the truth?

Finally, if you quote me as being concerned the pill carries, "grave health risks" would it not be fair to mention the risks I shared with you ?

The other point I raised ~ the pill has an abortifacient action, you wrote, "a claim HHS denies." Did you do any research to
see if they are accurate in their denial? Do you know or care that the definition of pregnancy was changed, "In 1965, the medical definition for when pregnancy begins was changed by the American College of Obstetricians and Gynecologists (ACOG). Why? Ideology."

So, in the spirt of truth and love for woman and humanity, I'm asking the Health Policy Solution folks to raise the bar a bit!

When you seek the opinions of your opponents and they give you information that has health implications for your readers, you have an obligation to investigate the claims and report on your findings, in my opinion. Failing to do so, leaves you responsible for keeping women in the dark.


"God offers to every mind its choice between truth and repose. Take which you please - you can never have both." ~Ralph Waldo Emerson

Posted by Leslie at 6:59 AM No comments: 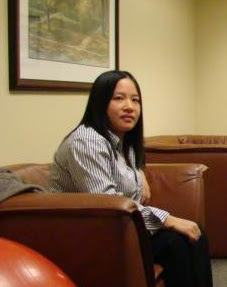 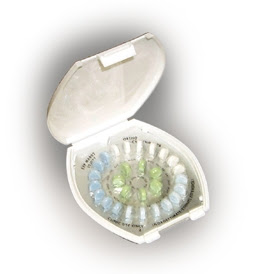