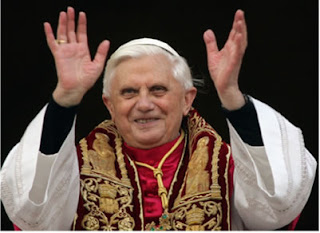 I'm in awe of this historic moment where I'm watching the US Chief of Protocol, Nancy Brinker, who just happens to be
founder of Susan G Komen Foundation, greet Pope Benedict XVI in Washington D.C.

Just this past week, it was revealed that Komen gave
Posted by Leslie at 1:47 PM No comments:

No this is not Al Qaeda or the Taliban. This is the University of Saint Thomas – the largest private university, a Catholic university, in Minnesota.

They’ve denied permission for me, Star Parker, to speak on their campus about the impact of abortion in America.

What this tells me is that I’m being effective. It’s why liberals, even at one of the nation’s largest private Catholic universities, don’t want me there. And it’s why I’m writing today to ask you to support my organization CURE so we can fight these liberals running our universities and keep my speaking tour active.

I have spoken at over 150 universities around the United States and getting a platform in the belly of this liberal beast has often been a challenge. But I must say that this snub is particularly disturbing to me.

My concern is that it comes in an election year that has made race and gender issues front and center. Yet a black female cannot speak at one of our nation’s premier universities on the very issue that has deeply divided us politically left and right.

This rejection is particularly ironic during the very week when Pope Benedict XVI begins what he is calling a “teaching” visit to the United States.

More than a million human lives are aborted in the United States each year. About 120,000 a month. Approximately 30,000 a week. One third of which are black. Yep. One of two black pregnancies are aborted. That’s 400,000 a year. More than 1000 black human lives every day.

The left says that conservatives only want to talk about abortion and ignore poverty. But the collapse of values, the collapse of reverence for life, the collapse of family, is what drives poverty. The overwhelming number of families living in poverty today are single parent households. And they are disproportionately black.

Yet a Catholic university decides to keep a black conservative who once lived on welfare and who knows first hand of the abortion genocide off its campus.

But within the last year this same university which has slammed the door on me hosted liberal Al Franken and transgender male now female activist Debra Davis.

IS THERE SOMETHING WRONG HERE????

You know, national polls keep showing that our young people are moving further and further to the left. And this incident might tell us a little of why.

A Gallup poll of recent days shows that in a match-up between pro-abort Barack Obama and pro-life John McCain, Obama wins by twenty points among voters 18-29.

This is the Barack Obama who for twenty years has gone to the Trinity United Church of Christ and listened to his pastor, Rev. Jeremiah Wright, spew venom about America. The Obama who condemned the Supreme Court’s decision banning partial birth abortion. The same Obama who National Journal rated the single most liberal Senator.

There are 42 million young Americans in the 18-29 age bracket. And yet it is a great battle to let these young people, who are our nation’s future, hear both sides of today’s important issues?!

Over ten years ago, I founded the Coalition on Urban Renewal and Education (CURE) to fight the left, to fight the welfare state and to fight poverty with a message of traditional values and limited government.

PLEASE HELP ME KEEP MY COLLEGE SPEAKING TOUR AND MY ORGANIZATION ALIVE AND VIBRANT
Posted by Leslie at 12:31 PM No comments: 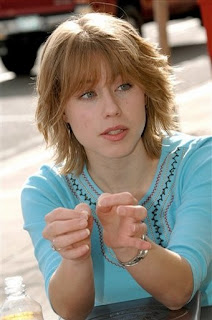 ONCE TO EVERY MAN AND NATION!!

This past Sunday, Colorado Personhood sponsor, Kristi Burton spoke at a Power Invasion rally for life.

Kristi spoke of a beautiful hymn that animates her life.

Praise be to God for homeschooling parents who plant such vibrant seeds of
life and liberty in the hearts of our young people.


Once to every man and nation, comes the moment to decide,
In the strife of truth with falsehood, for the good or evil side;
Some great cause, some great decision, offering each the bloom or blight,
And the choice goes by forever, ’twixt that darkness and that light.

Then to side with truth is noble, when we share her wretched crust,
Ere her cause bring fame and profit, and ’tis prosperous to be just;
Then it is the brave man chooses while the coward stands aside,
Till the multitude make virtue of the faith they had denied.

By the light of burning martyrs, Christ, Thy bleeding feet we track,
Toiling up new Calv’ries ever with the cross that turns not back;
New occasions teach new duties, time makes ancient good uncouth,
They must upward still and onward, who would keep abreast of truth.

Though the cause of evil prosper, yet the truth alone is strong;
Though her portion be the scaffold, and upon the throne be wrong;
Yet that scaffold sways the future, and behind the dim unknown,
Standeth God within the shadow, keeping watch above His own.