As a pro-life warrior of twenty five years, not much surprises me anymore.  But a recent Facebook
post out of Orlando, Florida ~ at an abortion mill where I've protested in the past year ~ has really
gotten my ire up.

On a weekly or bi-weekly basis, one sees mothers and their dead-beat, significant others, or who knows anymore, possibly spouses in a long line outside Orlando Women's Center for "late term" day.

OWC offers a $50 discount if you'd like to kill your baby on a Sunday! How twisted & depraved is it to use The Lord's day in such a mockery?

This chain of death camps is run by a thug who has been in court repeatedly and fined for his
pathetic malpractice of medicine ~ originally considered a nobel profession for healing.

Instead of being in prison for his CRIMES AGAINST HUMANITY, "dr." Pendergraft, (a criminal in God's court) is still free to slaughter innocent babies in Florida, not very far from Disney World.

Having been at this evil place to plead for the lives of the pre-born, I'm inclined to follow this murder mill's activities more closely than some others. And thanks to the phenomenal work of faithful servants
like, John Barros and Deanna Waller, who sometimes post photos on on social media of those willingly paying a hit man to destroy their posterity, one can be thousands of miles away yet still praying for hearts and minds to be changed.

And that is where and how this story really got me hooked! 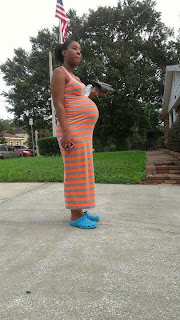 This mom of 20 week twin girls was in line this week to have them killed because she already has two girls and would prefer a boy.  As a Grammy who has lost a twin Grand Daughter, I'm beyond incensed by this woman's cold indifference.

WHAT PLANET ARE WE LIVING ON?

She was offered the compassionate option of adoption and her photo went viral when people realized how insane it was that she would willingly kill these precious babies who could survive even the early delivery, if they just weren't delivered into the toilet as this place has them do.

I kid you not!

Where is the Governor of Florida when his citizens are perpetrating this kind of horror on his watch?

This stone cold hearted mom reminds me of this tart, who openly bragged that she was about to purchase her 5th baby's death. 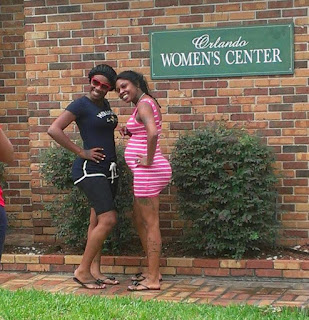 We have a far graver problem in America than we realize when women are proudly mocking God and shaking their fist at him and killing the gifts He gives ~ made in His image and Likeness!  These babies have souls.  And these hard hearted killers will someday meet the children they paid a hit man to kill. And they'll meet their CREATOR.

Pray for the souls of these two young women who've been taught by our Culture of Death that they
are perfectly within their "rights" to behave in such barbaric fashion.  Pray that they REPENT!
Pray that America REPENTS for our 45 years of apathetic indifference to the shedding of innocent blood 4,000 times a day every day to our collective shrugs.

God will not be mocked!

Stop the CRIMES AGAINST HUMANITY!
Posted by Leslie at 3:24 PM 1 comment: