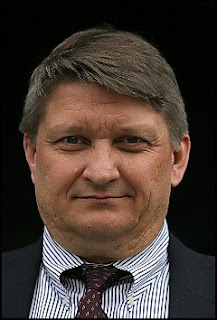 "You're headed for another election catastrophe."

"Wadhams banned the nation's oldest Right To Life organization from their state convention while he welcomed a radical pro-abortion group," said CRTL vice president Leslie Hanks. "The state's top Republican is out of touch with his own party's base, where 4 out of 5 Republicans at the convention voted to defend life beginning at fertilization."

The thousands of convention delegates passed all forty resolutions offered, except for the only one that failed, the pro-abortion Resolution #21. Convention rules require literature to be approved by the party chairman. Wadhams allowed the misnamed Republican Majority for Choice to distribute flyers quoting him about the Personhood Amendment 48 sponsors as "on the fringe of the pro-life movement, and they do not represent by any stretch of the imagination the hundreds of thousands of pro-life Coloradans."

130,000 pro-lifers signed the Personhood petition. Delegates overwhelmingly passed all uncompromising pro-life resolutions including the 78% vote affirming that "life begins at conception." 20-year-old Personhood Amendment sponsor Kristi Burton was elected among the top ten most popular of the 46 national delegates.

The Denver Post last week quoted Wadhams regarding conservative leader Dr. James Dobson's refusal to support the Republican presidential candidate. "Dobson's comments that he would not vote for the party's presumptive nominee, John McCain, won't hurt." Further, according to the Post, Wadhams agreed that the party should "avoid social issues," and the liberal ColoradoPols.com headlined their report about the state Republican chairman: "Wadhams: Dobson Is So Yesterday."

"Wadhams sells out Dobson and pro-life voters in favor of pro-abortion lobbyists," said Hanks. "Social issues have motivated Republicans in every presidential cycle since 1980."

In sharp contrast, the ColoradoRTL.org candidate questionnaire has identified many heroic leaders running for office. "But Wadhams has moved U.S. Senate candidate Bob Schaffer to the liberal middle, and he's trying to drag the Colorado GOP to the left."

"Wadhams promotion of abortion will be the straw that elects Democrat Mark Udall," said Riccobono. Wadhams pushing the party to the left helps explain the Rocky Mountain News report that Bob Schaffer's convention speech received, "the loudest applause… when he criticized his own party."

In the past, Schaffer fought for protection of innocent human life from the moment of fertilization. "Now he's allowing the party boss Dick Wadhams to position his own former pro-life belief as bad for the Colorado GOP," said Riccobono, "so Schaffer will be blamed for their third election strike out and game over."
Posted by Leslie at 1:48 PM No comments:

OBAMA GREETED IN FLINT, MICHIGAN WITH THE TRUTH OF NEARLY 1,500 BLACK BABIES DYING DAILY AT THE HANDS OF ABORTIONISTS!

Barack Obama's campaign stop today in Flint, Michigan offered him the chance to confront his conscience.
Flint Right to Life's beautiful billboard above, might yet awaken Mr. Obama to the truth that abortion kills more black Americans than any other cause.

His presidential aspirations and pro-abortion bona fides, notwithstanding; any candidate knowing the truth about the racial component of the abortion industry who will still stand for the evil killing of innocent black babies, is unqualified for even the office of dog catcher.