The former Arkansas governor and Baptist minister also supports a human-life amendment to the U.S. Constitution.
Huckabee spoke favorably about the Colorado ballot initiative, sponsored by 20-year-old Kristi Burton and her Colorado for Equal Rights group, during his Friday visit to Colorado Springs.

On Monday, Huckabee lent official support to the measure.
"This proposed constitutional amendment will define a person as a human being from the moment life begins at conception," Huckabee said in a statement.

"With this amendment, Colorado has an opportunity to send a clear message that every human life has value," Huckabee said. "Passing this amendment will mean the people of Colorado will protect the sanctity of life from conception until natural death occurs."

Burton's initiative, if approved by voters in November, would extend state constitutional protections to every fertilized egg, guaranteeing the right to life, liberty, equality of justice and due process of law.
Approval would lay the foundation for making abortion illegal in the state.

Burton, said she spoke with Huckabee Friday when he was in Colorado Springs for a speech.
"Having national pro-life leaders such as Huckabee taking notice is an amazing boost to our petition-gathering efforts," Burton said.
Burton and supporters must collect the signatures of about 76,000 registered Colorado voters to get the question on the ballot.
The measure is opposed by reproductive-rights groups such as Planned Parenthood of the Rocky Mountains and NARAL Pro-Choice Colorado.

Opponents say the amendment would have sweeping consequences, not only for those seeking abortions, but for women using hormone-based contraception and couples using in-vitro fertilization to start families.
Electa Draper: 303-954-1276 or edraper@denverpost.com 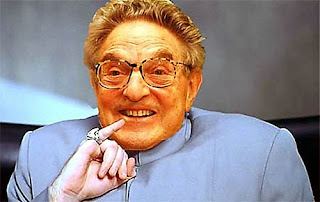 Posted by Leslie at 9:44 AM No comments:

Parents in Minnesota have a fabulous opportunity to give their children a real education this spring about a life and death topic that really matters!

"The lab coats, microscopes and medical instruments on display at the Science Museum of Minnesota are typically seen as noble symbols of knowledge, healing and rational inquiry.

In the case of a new exhibit, however, they are artifacts of science gone astray and medicine perverted to serve the goals of "racial hygiene," mass forced sterilization, segregation, euthanasia and ultimately genocide.

"Deadly Medicine: Creating the Master Race" is the story of the eugenics movement implemented by Nazi Germany in the 1930s and '40s. The exhibit, created by the United States Holocaust Memorial Museum in Washington, D.C., opens Wednesday in the downtown St. Paul museum.

Eugenics is the belief that the human species could be improved by discouraging or stopping reproduction by people with genetic defects or undesirable traits and encouraging reproduction among those believed to have desirable, inheritable traits. It was carried out to its most horrifying extremes in Nazi Germany.

But the exhibit, which includes artifacts, photos and video testimonials, shows that advocacy for eugenics predated the rise of Hitler and that many in the scientific and medical communities embraced its use.

The theory also was promoted and practiced in places beyond Germany, including the United States and Minnesota.

Susan Bachrach, the exhibit curator with the United States Holocaust Memorial Museum, said the exhibit was created to try to help understand how the Holocaust happened in the most educated society in the world.

It turned out scientists lent a helping hand.

The term eugenics, meaning "good birth," was first coined by English scientist Francis Galton in 1883. But the idea took root in early 20th century Germany, which at the time was the world leader in science and medicine."

PRAYERS THIS EXHIBIT MAKES ITS WAY TO EVERY STATE IN THE UNION!
Posted by Leslie at 6:38 AM No comments: