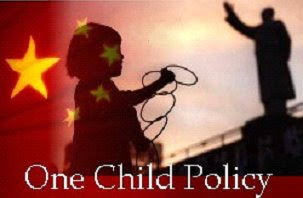 A STORM of international protest is building over a Chinese ruling that a Muslim Uighur woman who is six months pregnant must have an abortion or lose her home.

Chinese authorities have ordered Arzigul Tursun, who is 26 weeks pregnant, to abort her unborn child because she has two other children.

She is under watch at the Municipal Watergate Hospital in Yining in the Xinjiang Autonomous Region, which is populated heavily with Uighurs, a Turkic-speaking Muslim minority. Supporters are concerned a forced abortion at such a late stage could threaten Arzigul's health.

According to the Washington-based Uyghur Human Rights Project, Arzigul and her husband, Nurmemet, fled their village when she became pregnant, but returned after officials warned their house and property would be seized if Arzigul did not have an abortion.

"We considered our two girls," said Nurmemet. "If the house and properties were taken away, how would they live? So my wife came back and went to the hospital."

US Representative Christopher Smith, a New Jersey Republican, wrote to China's ambassador to Washington, Zhou Wenzhong, last week to demand the forced abortion not be carried out.

Militant Uighurs seeking independence from China have carried out an intensified terror campaign and social tensions in the region are high.

Because of its population of 1.3 billion, China maintains a one-child-per-family rule on majority Han Chinese.

Minority urban couples may have two children, while rural farmers may have three.

Arzigul holds a rural household registration but her husband is registered in an urban area.

Local officials eventually demanded that she terminate her pregnancy.

China says its population would have risen far more if 400 million abortions had not been performed in the past three decades.
Posted by Leslie at 6:49 AM No comments: