After decades of hearing National Right to Life claim that legislation needed to have "exceptions" for rape, incest and life of the mother, great progress was made in the recent past in dispelling the lie.

Colorado Right to Life has been blessed to have had several superb speakers who were conceived in rape and who are very, very pleased their mom's chose life.

We invited Julie Makimaa to speak at our March for Life after hearing her challenge NRTL, stating that she objected to their "exceptions," and that she was very happy to be alive, thank you very much! She and her beautiful mother, Lee Ezell found one another and their beautiful story is told by Lee here.

A few years later we were blessed by Sherri Williams who shared her amazing story of courage at our annual fall banquet. Sherri also helped Colorado launch their Amendment 62 campaign to legally protect every baby in the womb from the beginning of the little boy or girls biological development.

In 2010, prolife lawyer and spokeswoman, Rebecca Kiessling, addressed our March for Life and educated our attendees about the infinite value of every life, regardless of the circumstances of conception.

So it was with great disappointment that we learned this past week about Planned Parenthood defector, Abby Johnson's advice to Texas that prolifer's shouldn't get in a "tizzy" that their ultrasound bill had rape & incest exceptions.

Many have seen the flurry of back and forth on Facebook between those who know that in God's sight there are no "exceptions"
and those who claim that attempts to educate with scripture that abortion is always wrong, are taking words "out of context".

This incredible claim was made by Life Training Institute in this dismissive article titled, "When Spiritual Platitudes Replace
Good Arguments."

The claim made by LTI and others that Abby's remarks were taken out of context can be clearly disputed by watching the uncut version posted by Juda Meyers, who was at the Texas event and was herself conceived in rape. Juda has an organization Choices4Life where you can learn of many precious lives
conceived in rape through which God was and is glorified.

Finally, although the last word has likely not been written on this hot topic, Rebecca Kiessling's brilliant reply to LTI can
be read here and is a superb treatise for the prolife movement on the need for Personhood and the imperative to see the ugly abortion industry destroyed in our lifetimes. 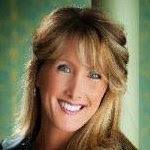 "Hello Scott, thank you for bringing up these very important issues. Many in the pro-life movement will insist that we remain silent on things that matter to us in order to have “unity.” But the reality is that there is not unity within the pro-life movement on every issue and on strategy. We may say we want unity, but really, we’d like everyone else to either agree with us, or keep it to themselves. I think it’s beneficial for all to have logical discussions on issues involving strategy, and hopefully through these discussions we’ll at least gain more understanding."

America's first abortion law ~ passed in Colorado in 1967 ~ was only for rape, incest and life of the mother. Talk about
40 Years in the Wilderness!
Posted by Leslie at 11:24 AM No comments: