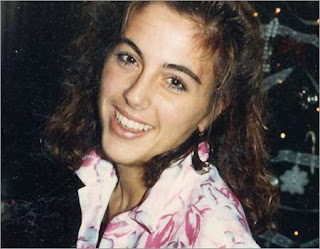 Terri Schiavo's Death and the Misdiagnosis of a Persistent Vegetative State

LifeNews.com Note: Michael Egnor, M.D. is professor of neurosurgery and pediatrics at State University of New York, Stony Brook and an award-winning brain surgeon who has been named one of New York's best doctors by New York Magazine. This editorial may not necessarily represent the views of LifeNews.com.

Yale neurologist Dr. Steven Novella and I have been involved in a vigorous discussion (example here) of the mind-brain problem in science and philosophy. There are real-world implications of our understanding of the mind, and nowhere are these implications more important than in the medical management of people with severe brain damage.

Dr. Novella recently posted a commentary on the Terri Schiavo case. Dr. Novella’s post was prompted by a study just published in the journal Neurology that analyzes the media coverage of the affair and offers suggestions as to how experts and journalists can convey the truth of such complex cases to the public more effectively. These are laudable goals.

The crux of the matter, of course, is this: what are the facts in the Schiavo case, and, more generally, what are the real issues involved in the diagnosis of persistent vegetative state (PVS)?

Dr. Novella and I see things quite differently.

I am a neurosurgeon, and I believe that the diagnosis of persistent vegetative state, in Ms. Schiavo’s case specifically and in other cases more generally, is of dubious validity.

"Persistent vegetative state," defined succinctly but accurately, is the denial of subjective experience in a brain-damaged human being. PVS is the medical assertion that a human being is an object, but not a subject.

PVS is the only modern medical diagnosis that denies the personhood of a patient, and thus is fraught with logical and ethical problems.

Furthermore, patients diagnosed with PVS are precisely those patients in whom discernment of awareness is most unreliable.

The materialist inference in neuroscience was very much a part of the Schiavo debate, and that inference had—and continues to have—profound ethical consequences.

In my view, the political efforts to save Ms. Schiavo’s life were well-intentioned and completely justified. I believe that many of the medical opinions offered publicly by physicians who favored withdrawal of Ms. Schiavo's hydration and nourishment were rank pseudoscience. What was done to Ms. Schiavo was an atrocity.

A detailed and thoughtful public exchange of views about the Terri Schiavo case by two experts in neurological medicine—an academic neurologist and an academic neurosurgeon who have quite different opinions on this matter—would be very informative.

The discussion could take the form of detailed exchanges between Dr. Novella and me on specific aspects of the case, such as the autopsy report, the neurological exams, the nature and reliability of the diagnosis of persistent vegetative state, and the ethical and political issues involved. This discussion extends to many of the issues involving the materialist inference in neuroscience that Dr. Novella and I have debated over the past year.

I will begin in the next week or so by discussing the medical aspects of the diagnosis of persistent vegetative state. I hope Dr. Novella will join me in this important public discussion.

Copyright © 2003-2006 LifeNews.com. All rights reserved. For free daily/weekly pro-life news, email us at news@LifeNews.com.
Posted by Leslie at 5:37 PM No comments: 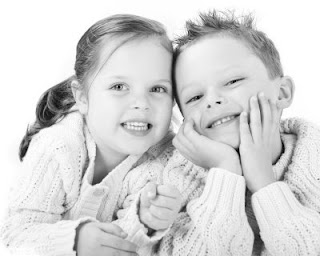 A COUNTRY WITH NO BROTHERS OR SISTERS!

Pro-life activists were sent back to the United States August 10 for the crime of public prayer and demonstration against China's heinous population control policy. But the mainstream media has consistently ignored the one-child policy, instead focusing on China's grim record in Darfur and Tibet.

"Television commentators have been dutifully telling Olympics watchers that China is changing and becoming modern," said Jim Sedlak, vice president of American Life League. "Yet none of them speak of the horror of China's one-child policy and its numerous forced abortions."

China's one-child policy took effect in 1979. The Chinese government employs coercion and infant abandonment to enforce it. It is estimated that it has caused over 100 million forced abortions. The United Nations Population Fund has supported the one-child policy.

"As the world watched 15,000 individual Chinese performers during the Olympic opening ceremonies on August 8, it was sobering to think that probably not one of these performers has a living brother or sister," Sedlak observed. "With China's one-child per family policy in existence for decades, it is likely many of these young performers' brothers and sisters were sacrificed, often brutally, to China's Communist regime."

American Life League was co-founded in 1979 by Judie Brown. It is the largest grassroots Catholic pro-life organization in the United States and is committed to the protection of all innocent human beings from the moment of creation to natural death. For more information or media inquiries, please contact Katie Walker at 540.659.4942.
Posted by Leslie at 9:58 AM No comments: