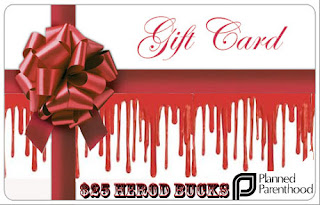 The Orange County Board of Supervisors has voted unanimously to rescind a contract with Planned Parenthood of Orange and San Bernardino Counties because of the organization’s links to abortion.

The 5-0 vote came on Tuesday, March 10, following a lengthy debate and many comments from the public. Supervisors directed county staff to end funding to Planned Parenthood within 30 days under a $7.5 million contract with the Orange County Coalition of Community Clinics. County health officials should find another member of the community clinics coalition that could use Planned Parenthood’s share of the contract money, supervisors decided.

Altogether, Planned Parenthood had been slated to receive $341,788 under two contracts through the Coalition of Community Clinics – one for $50,000 to provide immunizations and a second for $291,788 to provide teens and pre-teens with sex education, including information on birth control and sexually transmitted diseases.

It was the larger of the two contracts that received the ax from the supervisors. The board also voted to ask county attorneys to look into the legality of their decision and to report back to the supervisors before it takes effect after opponents of the action raised the issue during discussions of the funding cut, the Register said.

“It’s clear this decision is being driven by personal religious ideology and not the vision of health care for the county,” Jon Dunn, president of Planned Parenthood of Orange and San Bernardino Counties, told the Register following the vote. “They’re opposed to our organization because they’re opposed to a woman’s right to choose.”

“Please discontinue this support of Planned Parenthood,” Buena Park pastor Wiley Drake asked the supervisors during the public comments portion of the meeting, the Register reported. “They can blow smoke all day long, but they’re nothing more than a baby-killing organization.”

The matter of the Planned Parenthood contracts was first brought to the attention of the board in February by Supervisor John Moorlach, who expressed surprise after an Orange County resident told him Planned Parenthood was getting county funding.

"We have a problem with financing Planned Parenthood, period," Mario Mainero, Moorlach's chief of staff, told the Register in an earlier story about the supervisor’s decision to ask his colleagues to rescind the contracts. "We just don't think government money should be used to talk to teens and preteens about birth control and abortion."
© California Catholic Daily 2009. All Rights Reserved.