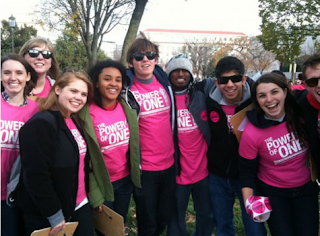 The coming election – perhaps the most important mid-term election in American history – is only five days away. At the time of this article's appearance, it will only be one day away.

The polls predict not just a landslide victory for the Republicans but an "avalanche".

However, I am only interested in the outcome of Colorado's Amendment 62 bestowing "personhood" upon gestating infants at their creation and not upon a grotesquely arbitrary decision called the third trimester of gestation.

The most sophisticated city in the world has, for the most part, been Paris, France. Despite the vibrancy of New York, the most sophisticated New Yorkers, from the readers of Vogue to those worshippers of the New York Times, generally hold Paris on a higher level than their own, limitlessly exciting city.

The real and, most significantly, the "Progressive" reason for that is the difference between the American and French Revolutions.

The American Revolution succeeded and out of it came the legendarily unsophisticated United States.