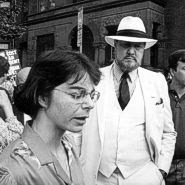 THANK YOU JILL STANEK FOR HELPING US SEE
THE HORROR!!

America what have we become?

May God bless Monica Migliorino Miller's efforts to expose the EVIL incarnate in
our sorry world.
Posted by Leslie at 5:19 PM No comments: 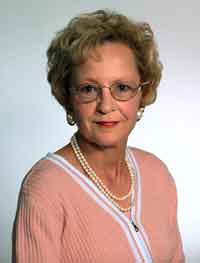 
LAUREN RICHARDSON - YOU CAN HELP!
By Judie Brown

It has been a source of ongoing sadness to read of the difficulties Lauren Richardson’s father has had over the course of the past several months. For those of you who are not familiar with her case, Lauren overdosed on heroin on August 28, 2006. She suffered oxygen deprivation and, as a result of the overdose, is now in a coma and unable to speak out for herself. At the time of the overdose, Lauren was expecting a baby. Her parents honored what they knew would have been her wish and did all they could to keep her healthy and comfortable until the child was born. Today, though Lauren may not be aware of it, she is the mother of Ember Grace, who was born in February 2007.

Since the birth of her daughter, Lauren remains unable to speak of her concerns, but she has a loving father who is doing all he can to protect her from suffering the same fate as Terri Schiavo. However, Lauren’s mother, who has been named her legal guardian, is sadly not of the same opinion and is working with attorneys to pressure the courts to permit Lauren’s starvation.

Lauren’s father has kept hope alive, even at times when there appeared to be no hope in human terms. Lauren’s father is a man of hope in Christ and is dedicated to spending every breath he has on defending Lauren, regardless of what it might cost him in physical exhaustion and worldly goods. The most recent update for those concerned about Lauren tells us the following:

We struggle at times as we seek to share with the public the details of what is happening with Lauren because of the disagreement we have with Lauren’s mother. We cannot understand her reasoning in refusing a path of hope, healing and restoration for Lauren and insisting on causing her death by withholding food and water from her. The issue in Lauren’s case is the eternal truth that all people, no matter what their medical condition, bear the image of God and deserve basic care and an opportunity to be restored to health.

Bobby Schindler, Terri Schiavo’s brother, has written about Lauren in an editorial earlier this year, "False Compassion," and is working closely with Lauren’s father in order to provide expertise that he is uniquely qualified to share during a trying time like this.

There are many links on the Life for Lauren web site that will assist you in tracking this case and learning who is supporting Lauren’s ongoing care and who is opposing it. More importantly, there is something you can do to express your concerns.

The governor of Delaware, Ruth Ann Minner, is being asked by pro-life Americans across this nation to intervene in this case in order to save Lauren from what many fear is an imminent court order dictating that Lauren be starved and dehydrated to death. I am asking you to be one of those who communicates your passionate belief that Lauren’s life is sacred and deserves to be protected from those who would order her death. The governor’s e-mail address is governor.minner@state.de.us.

Further, it would mean a great deal to Lauren’s father, Randy, if you sent him a copy of your e-mail to Governor Ruth Ann Minner. Randy’s e-mail address is Lifeforlauren@aol.com.

During a recent visit to Anchorage, Alaska where Bobby Schindler was invited to speak, he told a reporter from The Catholic Anchor, "Once we accept that killing is an acceptable answer to human suffering, we lose any type of parameters. Euthanasia is a form of abandonment. It is not compassion."

Truer words were never spoken. As I frequently tell people who argue that we pro-lifers are being heartless and cruel for fighting to defend the rights of a "hopeless case," "God is the author of every human being’s life, and He has never given permission to a single one of us to arbitrarily rob another human being of life for any reason including disability or illness."

As Flannery O’Connor once wrote on the subject of false compassion, "In the absence of faith, we govern by tenderness. And tenderness leads to the gas chamber."

Judie Brown is president of American Life League and a member of the Pontifical Academy for Life.
Posted by Leslie at 2:56 PM No comments: