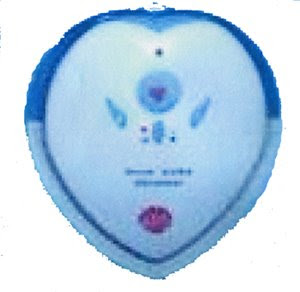 How can a newspaper reporter get so much wrong in
one article?

According to the original story, the baby was aborted, not miscarried.
She is and was a baby, particularly after she was no longer inside her
mother.

And finally, Dr. Eidelman - go back to school and study embryology!

Baby who 'came back to life' dies
Aug. 19, 2008
Judy Siegel-Itzkovich , THE JERUSALEM POST

The "dead" miscarried fetus brought to a hospital morgue who started moving when taken by her father for burial on Monday was not a "medical miracle," said a leading Jerusalem neonatologist on Tuesday.

The infant, weighing 610 grams and born after 23 weeks of gestation, breathed her last on Tuesday morning despite doctors' frantic efforts to save her. She was buried in the Western Galilee village of Kafr Yasif later in the day.

Prof. Arthur Eidelman, who headed the neonatal unit at Shaare Zedek Medical Center between 1978 and 2003 and then led the pediatrics department for several years, told The Jerusalem Post that such immature infants had very slow and irregular heartbeats and breathing cycles, and that the baby "didn't die and come back to life."

Eidelman, who based his assessment of the unusual case at Nahariya's Western Galilee Government Hospital solely on media reports, said a well-trained pediatrician should have checked the miscarried fetus rather than the two hospital gynecologists who had pronounced her dead.

The baby died at 5:15 a.m. in the hospital's neonatal intensive care unit. The parents, Faiza and Ali Mardub, expressed their sorrow over the death of their baby, whom they had named Bana Hiba. The father carried his daughter, wrapped in a white shroud, to her grave in the village's Muslim cemetery and recited prayers. The grave was covered with sage leaves and flowers. Mourners - only men attended the funeral - said they hoped lessons would be learned and accounts taken by hospital doctors. Hospital director Dr. Mas'ud Barhood expressed his sorrow over the sad case and sent his condolences to the family.

The survival of such an immature baby, whether she was in an incubator or a cooler in the morgue, was very unlikely, said Eidelman. "It was a borderline case," he said, adding that she almost inevitably would have suffered from severe disability if she had lived.

Eidelman said that at Shaare Zedek, doctors know they must leave such immature infants in the delivery room for at least 20 minutes to try to detect a heartbeat and respiration.

"A fetus develops a heartbeat only around the 16th week, so at 23 weeks it is still very slow. Five minutes or more can pass before such a premature baby's heart beats or [it] takes a breath. After 20 minutes without such a sign of life, doctors let nature take its course, and the baby is presumed dead and taken to the morgue.

But she didn't die in the morgue and then didn't spontaneously come back to life," he said with assurance.

"This is nonsense. There was no miracle. Putting a live miscarried fetus in the cooler slows down the metabolism, so it remains in suspended animation. In fact, there is now a new treatment for viable premature babies to put them in a cooler to perpetuate this suspended animation and protect the brain from damage," said Eidelman.

The Health Ministry will look into the case via an external investigation committee; the hospital will conduct its own internal investigation. The ministry said it would consider whether to issue additional guidelines in the wake of the tragic case.