Does America have any remaining Statesmen? 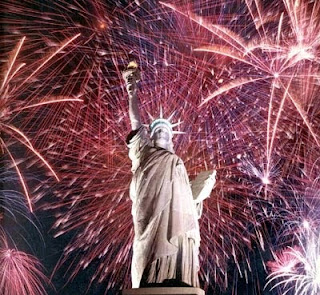 On this the eve of our nation's coming celebration of Independence Day weekend, can we take a moment to reflect and pray for our current crop of "leaders" ?

As we reflect about the statesmen who put their lives on the line for the good of their posterity in writing and signing the Declaration of Independence, Whatreallyhappened.com describes the painful legacy of what standing for truth, liberty and justice for all can really mean.

"Have you ever wondered what happened to the fifty-six men who signed the Declaration of Independence? This is the price they paid:

Five signers were captured by the British as traitors, and tortured before they died. Twelve had their homes ransacked and burned. Two lost their sons in the revolutionary army, another had two sons captured. Nine of the fifty-six fought and died from wounds or hardships resulting from the Revolutionary War.

These men signed, and they pledged their lives, their fortunes, and their sacred honor!"

Today we have hearings on the most recent Supreme Court nominee, Elena Kagan, who by all appearances, will further destroy our liberties but who also has scandalously aided and abetted infanticide, according to Jill Stanek's expose of Kagan's PBA promotion scheme.

And so we have congressional hearings with great scandal hanging overhead like the oil oozing over the Gulf of Mexico ~
and nary a statesman willing to demand accountability and stand up to a woman nominee!

Please pray that as we ponder the meaning of all the blood, sweat and tears shed so that America could be what Reagan
reminded us in his famous 1974 Shining City Upon A Hill speech, "our nation is chosen by God and commissioned by history to be a model to the world"

Pray that someone in our Congress will rise to the occasion and once again lead us to be an America we can be proud of ~ one no longer aiding and abetting the shedding of innocent blood!
Posted by Leslie at 1:37 PM No comments: