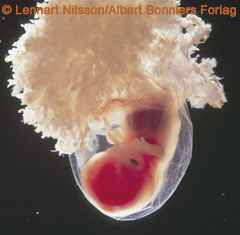 In an effort to do something for those who have no voice each day, I submit that the time has come for a huge outcry for another round of Nuremberg Trials for crimes against humanity!

As Wikipedia explains, "The Nuremberg Trials were a series of military tribunals, held by the main victorious Allied forces of World War II, most notable for the prosecution of prominent members of the political, military, and economic leadership of the defeated Nazi Germany. The trials were held in the city of Nuremberg, Bavaria, Germany, in 1945-46, at the Palace of Justice. The first and best known of these trials was the Trial of the Major War Criminals before the International Military Tribunal (IMT), which tried 24 of the most important captured leaders of Nazi Germany, though several key architects of the war (such as Adolf Hitler, Heinrich Himmler, and Joseph Goebbels) had committed suicide before the trials began."

If the following quotes from Clinicqotes.com can be read without alarms going off in your head that we are about 40 years past the time for demanding that renewed trials be held for these killers and their heinous deeds, then we are truly a society beyond redemption.

"The procedure changes significantly at 21 weeks because fetal tissues become much more cohesive and difficult to dismember." (3)

"A long curved Mayo scissors may be necessary to decapitate and dismember the fetus." (4)

From a New York Times author:

"After an abortion, the doctor must inspect these remains to make sure that all the fetal parts and placenta have been removed. Any tissue left inside the uterus can start an infection. Dr. Bours squeezed the contents of the sock into a shallow dish and poked around with his finger. "You can see a teeny tiny hand," he said." (7)

"You are doing a destructive process. Arms, legs, chests come out in the forceps. It's not a sight for everybody."(14)
"I hate it when people put it together to look like a baby. I hate that."(23)

Dr. William Benbow Thompson of the University of California at Irvine

After it was over, the ashen-faced woman staggered back to the other room, supported by no one until I went to her aid. The rest of my day was filled with gloom.

I spoke with some people at Planned Parenthood about my uneasy feelings and was told they would disappear after seeing a few more abortions."(57)

These quotes scream that even the perpetrators of these evil crimes against humanity cry out for justice ~ even while shaking fists at God, they know in their innermost thoughts that what they do is WRONG!

Spencer Tracy said it best, in this historic clip from the movie Judgement at Nuremberg ~

What will it take before we take up the mantle again?

Posted by Leslie at 7:16 PM No comments: