"Children’s Hospital Oakland has a very good reputation where I live in the Bay Area. But its public communication around the tragedy of Jahi McMath’s ”brain death” has been astoundingly insensitive, bordering on arrogant."

"The ruling comes a day after the girl’s relatives met with hospital officials and said the meeting did not go well. They said a doctor had told them that Jahi is “dead, dead, dead, dead” and that further medical care was no longer needed."

"The way in which hospital spokespersons discussed Jahi’s tragedy publicly also illuminates the arrogance among the technocratic class, who too often lose the forest for the trees when considering how public health policies they advocate impact real families."

This important article by Wesley Smith about Jahi McMath is one we all should read and contemplate, regarding the growing medical arrogance and callous disregard of patients in the era of Obamacare.

In my opinion, this kind of mistreatment of a patient and her loved ones is unconscionable and should have had people in the streets decrying the above insensitive remarks & mis-treatment of this vulnerable family.

Sadly, with Jahi's crisis happening during the holidays, public awareness of her plight hasn't been what it should have been.

As these photos show, the media was out in force but no protestors were in sight to question the "experts" and suggest that Children's Hospital treat the family with some dignity and respect.

Kudos to Wesley Smith for calling them out on their heartless public relations skills.

Praise God a judge has intervened and given Jahi a reprieve until January 7, 2014.

Please pray for a smooth and speedy transition to a facility that honors life and religious beliefs. 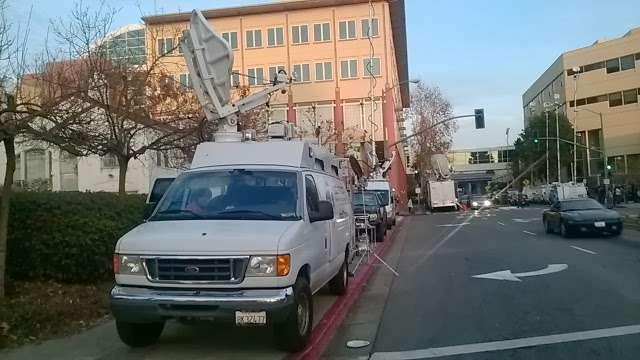 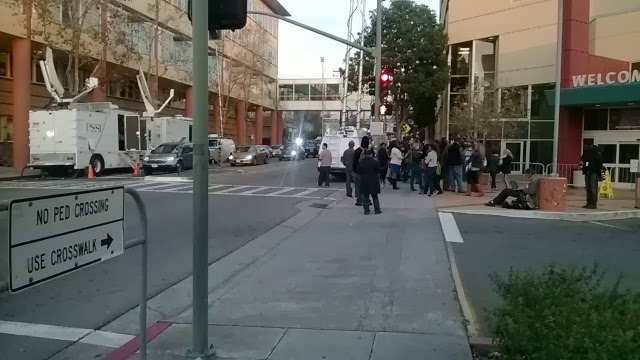 Posted by Leslie at 6:43 PM No comments: