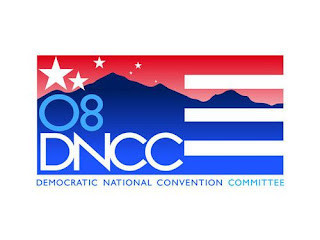 Twenty years after anti-abortion protests made history at the Democratic National Convention in Atlanta, Colorado has become a battleground for reproductive rights, and the next generation of activists is targeting Denver to commemorate the occasion.

For more coverage of this month's Democratic National Convention in Denver, click here to visit the DNC Daily.
In the election year of 1988, Michael Dukakis was the Democrats' nominee to succeed Ronald Reagan as president. Dukakis' chief message was economic: Reaganomics had left Middle America behind. But in Atlanta that summer, the Democratic National Convention had forced a different agenda for city officials: Hundreds of anti-abortion protestors had landed in the sweltering Southern city, and their plans for Atlanta extended beyond the convention. For the next six weeks, they repeatedly targeted abortion-providing clinics throughout the city, eventually resulting in more than 1,600 pro-lifers making their way through Georgia's court system. It was the maiden voyage of what would become the most well-known anti-abortion effort in U.S. history.

Two decades later, the Democratic National Convention comes to Denver at a significant moment in the battle over reproductive choices in Colorado, and anti-abortion protestors have used the twenty-year milestone as a clarion call to the pro-life faithful. Colorado has emerged as a battleground for the future of abortion rights, and both sides of the debate agree the stakes are high.

Amendment 48, a pro-life ballot initiative that is historic in its potential impact, will be presented to Colorado voters in November. Meanwhile, a new brand of anti-abortion street protesting has cropped up around Denver. Both efforts have drawn out-of-state attention and resources from national right-to-life groups, and both are spearheaded by believers under 30 years old. Believers like 21-year-old Kristi Burton.

Burton is the founder of Colorado for Equal Rights, the group behind Amendment 48, or the "personhood amendment," as its supporters call it. She says God gave her the idea after she spoke with friends who regretted their abortions.

"Our intent is to lay the foundation to protect every person," she says, "no matter how small."

To Burton, "small" could mean microscopic. If approved by voters in November, Amendment 48 would alter Colorado's constitution to grant legal rights to a human embryo. This is the first time voters anywhere will be asked to define the point at which life, or personhood, begins. Pro-life groups in Montana working on an almost identical measure failed to get the signatures necessary to land it on the ballot there. 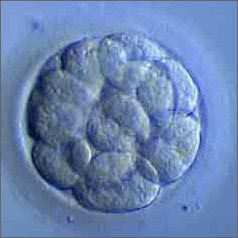